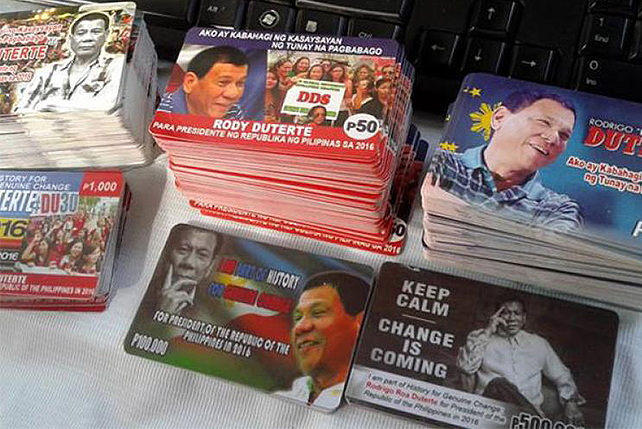 The Mayor's scratch card fundraising campaign was stopped before it even started. 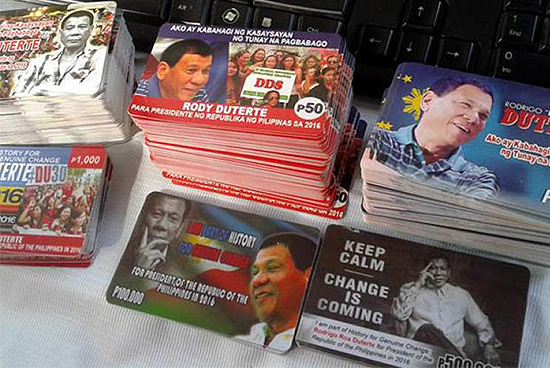 (SPOT.ph) Presidential aspirant and Davao Mayor Rodrigo Duterte’s scratch card fundraising campaign has stalled before it even started. The Mayor has always been vocal about his lack of funds, citing it as one of the reasons why he initially refused to run. Aside from this, he claims to have been declining contributions from the private sector because he didn’t want to feel obliged to grant them favors should he win the presidency. Hence, the scratch cards.

Presidential candidate Rody Duterte is still in need of funds to run a nationwide campaign. To help raise money, his camp has come up with these scratch cards, which the mayor's supporters can avail for amounts of P25 to P500,000. http://cnn.ph/1QRUQjs #TheFilipinoVotes

The Mayor’s camp is putting this fund-raising initiative on hold, which was supposed to be launched this week, because Duterte's legal advisers were told that the Commission on Elections requires all contributions to be supported with notarized papers. This means that donors, even for P25 contributions, would have to go to a lawyer to have their contribution notarized. Aside from this already tedious process, the Commission on Elections (COMELEC) also requires donors to give their tax identification numbers, which makes it hard for students to donate.

However, the Mayor’s camp has not lost hope. Spokesman Peter Laviña said they are already looking at the solutions to comply with all these requirements. Laviña said the COMELEC rule was “obviously meant for a very few big donors and did not consider mass donations.”