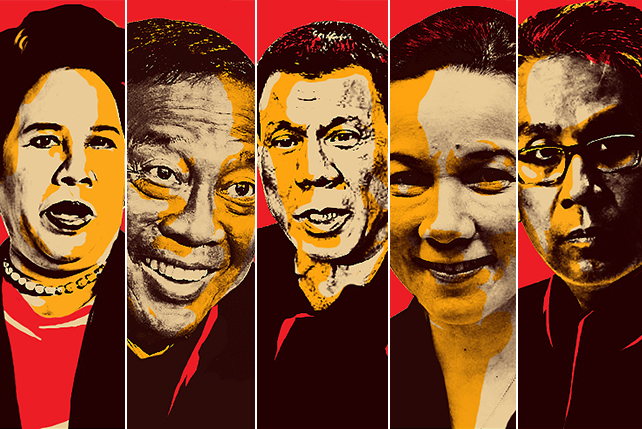 (SPOT.ph) It’s safe to say that Philippine politics is more play-pretend than showbiz. It’s really hard to filter what's fact and fiction. You probably have your choice of candidates already, and hate all their rivals. That said, for the sake of our developing nation, take your time to really know your bets. It's one thing to know what they stand for and another to hear about all the dirt (which by now we're probably all used to).

We zoom in on the highest sought position, the presidency. We will entrust this person with the fate of the nation, our economy, and the future of our children, among others. We round up who does and doesn’t support Freedom of Speech, death penalty, tax reform, the Bangsamoro Basic Law, and more. Who among Sen. Miriam Santiago, Sen. Grace Poe, Vice President Jejomar Binay, Davao City Mayor Rodrigo Duterte, and Mar Roxas shares your political views and moral beliefs?

Here's a quick video that sums up what we know about our candidates so far, based on snippets from their speeches, interviews, and proclamations leading up to election day.

(If the video appears blurry, you can change the settings in your player! We recommend a minimum of 360p.)