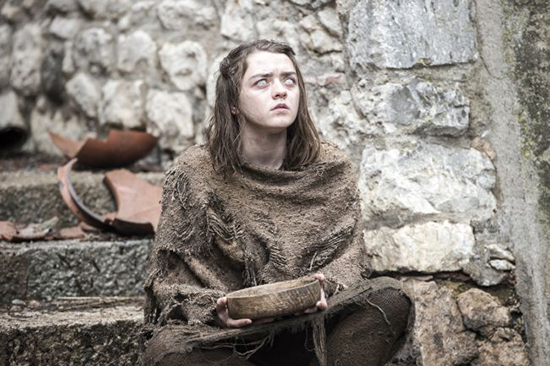 April is coming...in two months. HBO has and continues to successfully tease us with Game Of Thrones Season 6 snippets of Jon Snow and now, with brand new official photos—20 of them. This is the first season where we have no way of knowing what happens next. There is no reference material from George R.R. Martin, which has led viewers to come up with more theories (than there already are). The rest of the images show Khaleesi, the Lannisters, Sam, and Ramsay, among others.

2. Jiro Manio is back in rehab, says Ai-Ai delas Alas

Just a week after former child actor Jiro Manio got out of a rehabilitation center, he’s now back in, not because of illegal drug use but because of an illness, actress Ai-Ai Delas Alas said on February 11. Delas Alas helped Manio on his path to recovery as she served as the actor’s “showbiz mother.” Earlier, Manio was reportedly preparing to get back to acting. Ai-Ai said that even if it pains her, Manio should be brought back to the wellness center for full recovery. She urged the public not to judge Manio. “Hindi po siya addict, meron lang po talaga siyang sakit,” she said.

3. Anne Curtis on getting married: “I think that will come sooner than later”

On Tonight with Boy Abunda, actress Anne Curtis was asked if she would be getting hitched soon, just like her friends Solenn Heussaff and Isabelle Daza. “No, not yet. But I think that will come sooner than later,” she answered. Anne said she and boyfriend Erwan Heussaff have certainly talked about marriage and that they wouldn’t be together for so long “if that wasn’t the direction we’d be going to anyway.” However, she said they won’t do it just because everybody is doing it. She added that she believes everything will happen in its own time.

4. Andrew Lincoln says his Love Actually character is a stalker

Arguably the most memorable scene in Love Actually is where a hopeful Mark (Andrew Lincoln) holds up giant cards to show Juliet (Keira Knightley) his true feelings. Most people think it’s romantic, but when you look at the film as a whole, it’s kind of weird, isn’t it? Mark is so obsessed over his best friend’s wife that he makes a video tape of their wedding day, which just shows Juliet’s face. The film is now actually 10 years old, and Lincoln has admitted something you were probably thinking already about his character: "He is a stalker," he said. "That was my question to Richard Curtis (the film's director): 'Do you not think we're sort of borderline stalker territory here?' And he said, 'No, no. Not with you playing it, darling.'"

5. World’s first dengue vaccine is now available in the Philippines

The Pediatric Infectious Disease Society of the Philippines on February 11 reported that the world’s first ever dengue vaccine is now available in the country. Doctors in several private hospitals are providing the vaccine against the potentially deadly virus. Pediatric Infectious Disease Society of the Philippines (PIDSP) president Sally Gatchalian said the vaccine could be given to any healthy individual aged nine to 45, “unless they are immune-compromised.” She added that the price of the vaccine is reasonable compared to the cost of hospitalization and medicine once infected. Sanofi-Aventis Philippines country manager Chit Santos said the Philippines is the first country in the world to have access to the vaccine, although Mexico was the first to have it licensed for the market.

In the latest attempt to discourage visible homosexuality in the conservative country, The Indonesian government has demanded that instant messaging apps remove stickers featuring same-sex couples. The move came after popular messaging app Line drew flak for having stickers with gay themes in its online store. Line released a statement on their Facebook page, apologizing and saying it is "currently working to resolve these issues" by removing the stickers. The Indonesian government thanked the messaging app for complying.

The Commission on Elections will hold mock elections in 20 places around the Philippines on Saturday, February 12, to "test and ensure" the security, accuracy, and capability of the vote counting machines. The May 9 elections will be simulated, from deployment, voting, consolidation, to the transmission of the votes. Over 25,000 registered voters are expected to join the mock elections, covering areas like Taguig City, Quezon City, Manila City, and Pateros.

8. LP hits back at Duterte camp over bribery allegation vs. Roxas

On February 12, members of the Liberal Party shrugged off Davao City Mayor Rodrigo Duterte's allegation that the government’s bottom-up budgeting is being used as campaign funding for current administration bet Mar Roxas. The Mayor was referring to a recent convention where Roxas vowed that the P100-billion expanded bottom-up budgeting (BUB) will be able to cover all 42,000 barangays this year. Liberal Party spokesperson Rep. Edgar Erice said the BUB is an initiative of the Daang Matuwid administration. “It’s not a bribe but a program aimed at alleviating the lives of Filipinos. Mar is clean and his integrity has been untainted,” Erice said.

9.Artist Profile: Mark Justiniani takes you to a fascinating abyss

It's exactly one week before Art Fair Philippines. We're just as excited as you are. If you've been following our artist features (which you should), we have another amazing artist whose work we're sure will make your jaw drop at the fair. We tell you why.

In the spirit of Valentine’s, we’ve rounded up dating terms that are very Pinoy—like “syota” and “M.U.”—and other words that we've all used to describe our relationships at one point or another.