New Game of Thrones trailer will make you wonder who's dead or alive + more things you might have missed today
Loading
Already a member? Log in
No account yet? Create Account
Spot.ph is your one-stop urban lifestyle guide to the best of Manila. 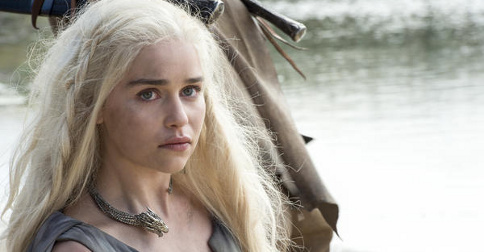 1. New Game of Thrones trailer will make you wonder about the fate of your favorite characters

By now, Game of Thrones fans already know that no character is safe from death, even those who remain alive in the book series. The hit HBO drama has just released a new teaser for Season 6, which features the faces of characters who have passed away throughout the show. The eerie ending, however, also features faces of fan-favorite characters who are still very much alive...which prompts the question: Who's next? The show returns to TV on April 24.

2. Kris TV to go off air after almost five years

According to a report by PEP.ph, Kris TV is set to go off air this year, but no formal date or announcement has been released. According to their sources, Kris Aquino will be given a new show with a different format alongside another unnamed TV host. The hit morning show first aired on June 27, 2011.

In the February 14 episode of Gandang Gabi Vice, Vice Ganda hinted at a Justin Bieber and Anne Curtis connection. The host shared that when Bieber last visited the Philippines, he had asked a mystery female celebrity for her number but she had declined. "Kaya bongga si girl, dinedma si Justin Bieber. Ayaw ko sabihin. Basta itago na lang natin sa pangalang Curtis. Ang taray ni girl, 'di ba?" He said. The last time Bieber was in the country was in 2013 when he helped raise funds for victims of Typhoon Yolanda.

Remember when you were kid and all you wanted was a doll house for all your Barbies? Well, that house just got a high-tech update. Mattel has unveiled The Hello Barbie Dreamhouse, which connects with an app and voice-recognition software that lets kids control the house even if they aren't around. You can instruct the home to give Barbie a ride in her elevator, request to turn on lights and appliances, and even set the mood for a house party. Oh, and Barbie gets her own hoverboard that can be controlled via remote! The toys are set for release late this year.

6. Boston has a unique way of keeping their streets cigarette butt-free

To address the littering of cigarette butts around the city, Boston will be installing mini-polling stations for smokers that also doubles as a trash can for their stubs. For instance, a question would ask "Which superpower would you want?" and smokers will drop their stubs in corresponding openings that are labeled with answers like "Invisibility" or "Flight." The initiative, which is called Neat Streets, will be set up in highly populated areas across Boston by the end of February. City officials are also encouraging residents to suggest questions that they’d like to be asked.

Presidential aspirant Grace Poe is in hot water over a photo of her son, Brian Poe Llamanzares, wearing a pair of shoes that look like the limited-edition Nike MAG. Only 1,500 pairs of the Nike shoes, originally released in 2011 and based on Marty McFly's sneakers from Back to the Future, were put up for auction to raise funds for the Michael J. Fox Foundation for Parkinson's Research. A 2015 version of the shoes were released in October and are to be made available in March. The photo (posted by a Facebook page called AyawKoPoe) went viral over the weekend, which led to Poe address the controversy in a recent speech. "He saved up for that a long time. Even if assuming I was not agreeable to it, it made him happy. He has a right to it. Why should we stand in the way?" She said. Sole Slam founder Antonio Aguirre, Jr., however, says the shoes in Brian Poe Llamanzares' photo are not the real Nike MAGs.

According to the latest Social Weather Stations (SWS) survey conducted from February 5 to 7, Vice President Jejomar Binay still ranked first at 29% but fell from 31% in January. Meanwhile, his opponents Rodrigo Duterte and Grace Poe inched closer with 24% each. Mar Roxas dropped from 21% to 18%, while Sen. Miriam Defensor-Santiago was at 4%.

If you're a lipstick junkie, then you already know that Kylie Jenner's much-coveted lip kits are a must-have. The only problem is that they aren't available locally! If you're still hoping to cop her look, we found 10 brands that offer lippies in similar shades, and best of all...they're all under P1,000!

10. 10 New Restaurants to Try in Kapitolyo

Kapitolyo continues to be a favorite for foodies, and it looks like the neighborhood just keeps growing. We rounded up 10 new restaurants in the area that will shake up your next food trip.