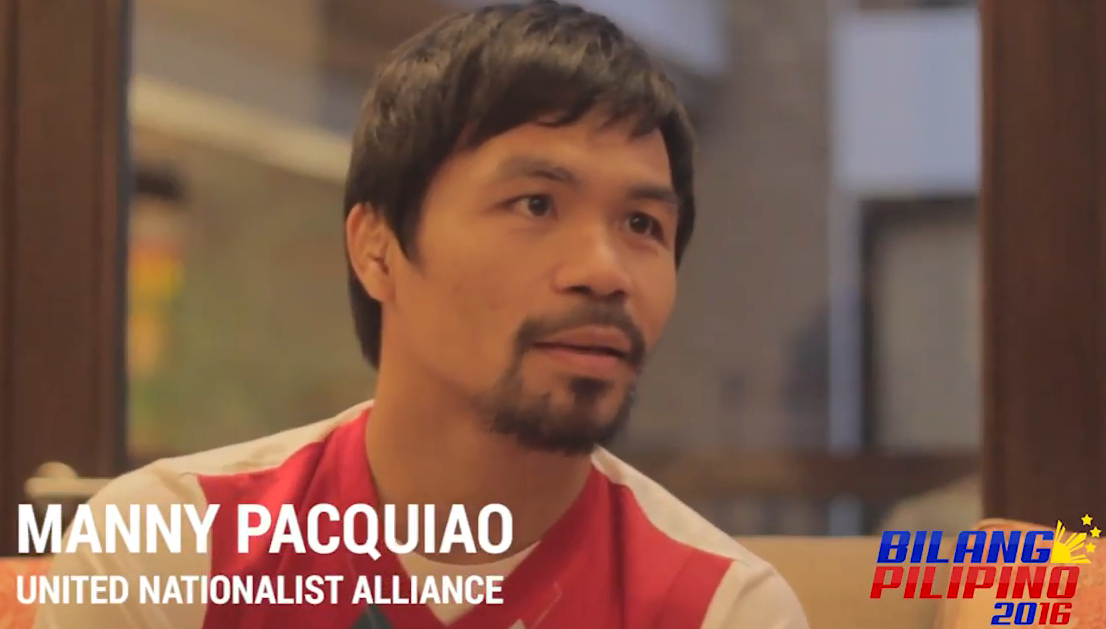 (SPOT.ph) Filipino boxing icon and Sarangani Rep. Manny Pacquiao, who is usually soft-spoken on controversial issues, has expressed his stand on same-sex marriage by blasting the LGBT (lesbian, gay, bisexual, transgender) community in an interview with TV-5’s Bilang Pilipino 2016.

Pacquiao shared his thoughts on why he strongly disapproved of same-sex marriage in the country:

Pacquiao is currently seeking a seat in Senate under the banner of Vice President Jejomar Binay’s United Nationalist Alliance party.