Nora Aunor responds to Pacquiao, says womanizing is worse than being gay + more things you might have missed today
Loading
Already a member? Log in
No account yet? Create Account
Spot.ph is your one-stop urban lifestyle guide to the best of Manila. 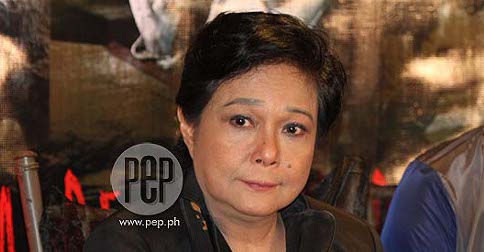 Nora Aunor responds to Pacquiao, says womanizing is worse than being gay + more things you might have missed today

1. Nora Aunor hits back at Pacquiao, says womanizers are worse than being gay

2. Adele says she "cried all day" after lackluster Grammys performance

In an interview with Ellen DeGeneres on Thursday, February 18, Adele candidly admitted that she "cried pretty much all day" following her off-key performance at the 2016 Grammys. Her performance of "All I Ask" was marred by technical difficulties, including a faulty microphone and an out-of-tune guitar. "I was embarrassed," she said. "I woke up the next morning to people being like 'We still love you, don’t worry' and I was like 'I didn't ask you if you still loved me, but thanks!'" She also promised that should it happen again next time, she will simply "start over."

3. Emily Blunt is reportedly in talks to star in Mary Poppins sequel

One of your favorite Disney musicals is apparently getting a sequel, and it could star Emily Blunt. According to a report by EW, the actress is in negotiations to star as Mary Poppins in a new film helmed by Into the Woods' director, Rob Marshall. The sequel is set 20 years after the events of the original film and will reportedly be based on the adventures of Mary Poppins as chronicled by P.L. Travers' book series from 1934 to 1988. The sequel has yet to announce a release date, but it will feature a score by Hairspray's Marc Shaiman and Scott Wittman.

4. An endangered baby dolphin dies because of selfies

Two rare Franciscana dolphins (which are only found in the southeastern part of South America) swam too close to the shore of an Argentinian beach. They were subsequently pulled out of the ocean by tourists and beach-goers who wanted a photo of and with the baby animals. Unfortunately, one of them reportedly didn't survive the throng of selfie-takers. An environmentalist from the Vida Silvestre Foundation said, "Dolphins have very thick and greasy skin that provides warmth, so the weather will quickly cause dehydration and death."

5. Which coffee chain drink contains a whopping 25 teaspoons of sugar?

A report by British campaign group Action on Sugar has found that some drinks at a famous coffee chain can contain as much as three times the amount of sugar in one can of soda. According to the group, 98% of the 131 hot drinks served at the brand's branches in the U.K. earned a "red" warning for excessive levels of sugar.

6. Pope Francis says yes to contraception if threatened with the Zika virus

In a press conference, Pope Francis suggested that Catholic women can opt for contraception to avoid pregnancy if they are threatened by the Zika virus. "Avoiding pregnancy is not an absolute evil," he said. "I would also urge doctors to do their utmost to find vaccines against these mosquitoes that carry this disease." His Holiness' statement is surprising, as the Church bans contraception.

7. Leni Robredo says choosing whom to love is a "basic human right"

Presidential candidate and Camarines Sur Rep. Leni Robredo was asked about her stand on same-sex marriage during a public forum in Pasay City, to which she answered, "Who are we going to love and who are we going to live with [sic] is a basic human right." She stressed that while she is a practicing Catholic, she is still against discrimination against the LGBT community. "Ang essence ng democracy ay binibigyan ng boses lahat kahit gaano pa sila ka kaunti, pinapakinggan lahat, nirerespeto ang preferences, nirerespeto ang mga opinyon ng bawat isa," she said. Robredo was one of the lawmakers who authored the House of Representatives' Anti-Discrimination Bill.

Security officials of Cagayan De Oro City are currently preparing for the first of the Pilipinas Debates 2016 that will feature all five presidential candidates at the Capitol University on Sunday. The debate, which is backed by the COMELEC, is the first of a series of nationwide debates and will be hosted by GMA Network and the Philippine Daily Inquirer. The debate will be aired on GMA at 5 p.m. on Sunday, simulcast at dzBB, and livestreamed via GMA News Online.

A new, upscale food hall is opening soon and we've got your first look at Shangri-La's High Street Cafe. Think food stations (or as they call it, "neighborhoods") like Japanese, Chinese, Mediterranean, and more.

10. 10 Yummy Meatless Dishes That Will Help Your Stomach Through Lent

If you're struggling with your meatless diet this Lenten season (we know we are), we found 10 meatless dishes that will satisfy your cravings.