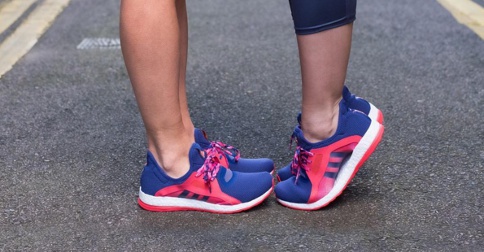 10 Companies That Are Pro-LGBT Rights

(SPOT.ph) In case you haven't already heard, Nike has severed ties with Manny Pacquiao following the latter's controversial anti-LGBT remarks. The company, which has been with the boxer since 2006, called his comments "abhorrent," adding that they have a "long history" of supporting the rights of the LGBT community.

Some supporters of the senatorial aspirant have said they will be boycotting Nike for their pro-LGBT views. Does that mean they'll also be boycotting these 10 other brands that have openly expressed their support for the LGBT community?

Nike's biggest rival in sports apparel is a staunch supporter of LGBT rights. In 2015, Adidas introduced three LGBT-friendly shoe designs to celebrate Pride Month. (Think Stan Smiths with vibrant, rainbow-colored laces!) The brand recently assured its endorsers that they will not be firing any athletes for coming out as gay, bisexual, or transgender by inserting a new clause into its endorsement contracts. Its Instagram account also made headlines on Valentine's Day after they shut down homophobic comments on their page following their new same-sex ad.

In 2011, Apple was one of several major corporations that expanded its insurance coverage for transgender employees to cover their surgeries should they choose to transition. Its CEO, Tim Cook, came out as gay in 2014, and about a year later, he received an award from the Human Rights Campaign (HRC), the largest LGBT civil rights organization in the U.S. The company has also openly supported equality legislation.

Remember all those rainbow-colored profile photos on Facebook last year? That was because they were celebrating the U.S. Supreme Court's ruling to legalize same-sex marriage in all 50 states. In a Facebook post, co-founder Mark Zuckerberg voiced out his support for the community, saying, "I'm so happy for all of my friends and everyone in our community who can finally celebrate their love and be recognized as equal couples under the law." (P.S. Twitter also celebrated the ruling with Pride emojis!)

In 2015, Google joined a long list of corporations that supported the U.S. Equality Act, which pushed for anti-discrimination. The tech giant's support for the community dates back to 2008 when they started adding LGBT-positive images to related search results and their logo. In the workforce, Google created the Diversity Core program for its employees, which includes a group called "Gayglers" composed of LGBT employees and their allies. The group promotes LGBT-positive policies and programs for its members.

Coke is also one of the many companies who supported same-sex marriage in the U.S. They've released a series of LGBT-positive ads, including one for the 2014 Super Bowl. They boast a "commitment to diversity" within their company: for the past nine years, they reportedly received a 100% rating from the Human Rights Campaign for their pro-LGBT workplace policies.

In 2014, YouTube launched its #ProudtoPlay campaign, which supported openly gay athletes. They also play host to the It Gets Better project, which houses videos of people and groups from all over the world who want to send a message to LGBT people who are afraid of coming out.

Tech giant Microsoft has an employee resource group called GLEAM for its LGBT workers. GLEAM hosts programs such as cultural activities, discussions with community leaders, and fundraising for support organizations. They have had a pro-LGBT stance since 1993, being one of the first companies in the world to offer employee benefits for same-sex domestic partners.

Although Disney has yet to make a movie that openly features a gay character or storyline, many have dubbed Frozen as a pro-LGBT movie. Since 1991, Disney World has hosted its Gay Days pride event where over 150,000 LGBT people flock to the park every year. They publicly supported same-sex marriage in the U.S. and also provide health benefits for employees with same-sex partners. (They've been doing the latter since 1995!)

Starbucks was one of the many companies that lauded the U.S. Supreme Court for legalizing same-sex marriage in 2015. In 2013, chairman and CEO Howard Schultz voiced his support for gay marriage after a stockholder claimed the company lost customers because of their stance. "Not every decision is an economic decision," he said. "If you feel, respectfully, that you can get a higher return than the 38% you got last year, it’s a free country. You can sell your shares in Starbucks and buy shares in another company." In October that same year, Starbucks expanded their health benefits for transgender employees to cover sex reassignment surgery.

In June 2015, Uber celebrated Pride Month with icons within their app that look like rainbows. They also partnered with the It Gets Better project to support LGBT youth during pride parade weekends in cities across the U.S. This includes cars equipped with a video camera and postcards so riders can record messages of hope and encouragement for the community.