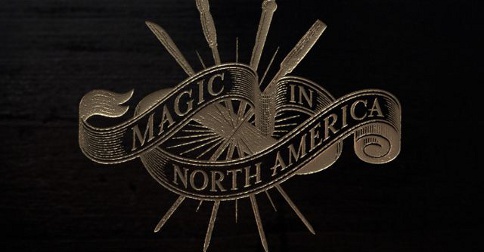 Ara Mina came to the defense of her sister, Cristine Reyes, after veteran actress Vivian Velez resigned from Tubig at Langis reportedly over the latter's rudeness. In an interview with PEP.ph, she was saddened at how "people have already judged and speculated" before Reyes could explain herself. "Gusto niya kausapin si Ms. Vivian to clear the air out [sic], and para maintindihan ni Ms. Vivian what really transpired between her and the room assignment," she said. "However, Ms. Vivian was quoted na tumangging makipag-usap sa kanya."

Although Daniel Craig has yet to make an official announcement, James Bond fans are already speculating on who would be the next actor to take on the role. In an interview with Sunday Times, Tom Hiddleston said he was a "huge fan" of the series and how he loved its tropes, theme songs, and mythology. "If it ever came knocking, it would be an extraordinary opportunity." he said. "And I'm very aware of the physicality of the job. I would not take it lightly."

4. Diver gets sucked into a power plant, sues

In Florida, Christopher Le Cun was diving with his friend Robert Blake when they approached what looked like an underwater structure. The former felt the current quicken and before he knew it, he was sucked into a 16-foot-wide intake pipe. As Blake surfaced to look for help, Le Cun was inside the pipe in an estimated five minutes. He was surprised to come out into a power plant. Le Cun is suing power plant operator Florida Power and Light for negligence for inadequate safety precautions. Florida Power and Light (FPL) released a statement saying, “the diver intentionally swam into one of the intake pipes after bypassing a piece of equipment to minimize the entry of objects.” In 1989, a man named William Lamm was also sucked into one of the same plant’s pipes.

5. Web code shows what it’s like to be dyslexic

Web developer Victor Widell decided to make a simulator after a conversation with a dyslexic friend. The latter told him what it's like to read with dyslexia, with the letters swapping around and the focus it takes. While there are dyslexic people who claim to have the same experience, there are those with the condition who have less or more difficulty in reading.

Five-time grand slam champion Maria Sharapova has failed a drug test during January's Australian Open. She also announced that she had been using meldonium for the past 10 years, a drug prohibited by the World Anti-Doping Agency in January this year. According to the agency, the drug was used by athletes with the "intention of enhancing performance." Sharapova, on the other hand, made it clear that she was unaware that it was banned and she had taken it to deal with health issues such as irregular heartbeat and diabetes. She will be suspended starting March 12, but it is unclear how long it would take. Sharapova still faces the possibility of being banned.

Presidential aspirant Mar Roxas came to his wife broadcaster Korina Sanchez’s defense after the latter received flak for helping distribute checks and farm equipment for the Department of Agriculture. “Is it wrong for my wife to campaign for me?” Roxas posed the question to the crowd in Davao del Norte. He was in the area to visit the cooperative of agrarian reform beneficiaries. He shared that Sanchez used her own money and a private vehicle in campaigning for him. Previously, presidential aspirant Rodrigo Duterte’s camp criticized Sanchez’s involvement in the Department of Agriculture (DA)’s activities. “Korina is now an accomplice in a systematic shameless act that conditions the electorate to accept dole-outs in exchange for votes,” said Duterte’s spokesperson, Peter Laviña.

9. 10 Awesome E-Cards to Send to Your Friends...Just Because

Today is International Women's Day, so what better way to show some love to your BFF than giving her an E-card that expresses how special your friendship is to you?

10. 10 Food-Themed Things That Will Make You Hungry

We at SPOT.ph know that food is love...and life. We scoured the Metro for fun items that will help you openly declare your love for all things food. Think a burger backpack, bacon and eggs-printed socks, and more!