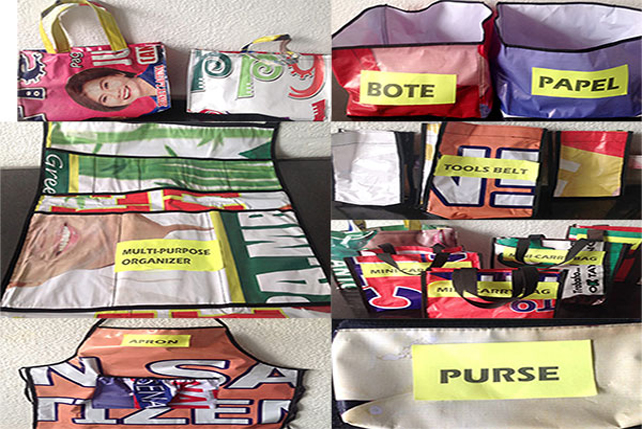 There is something you can do with those campaign streamers 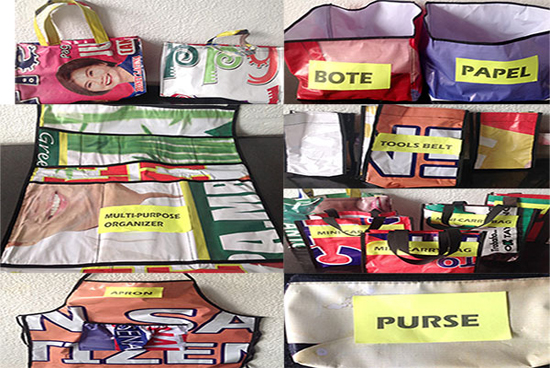 (SPOT.ph) Step out of the house and the grinning face of this and that politician beams out at you from a tarpaulin streamer or poster. Head to the office and you’ll undeniably pass several of these campaign materials greeting you during your commute. If this annoys the heck out of you, here’s some good news: the Metro Manila Development Authority has actually been taking down illegally placed election campaign materials. So far, they have removed an estimated eight tons and donated them to the EcoWaste Coalition for recycling.

“Those given to the EcoWaste last February 18 in a ceremonial turnover ceremony, presided by Metro Manila Development Authority (MMDA) general manager Corazon Jimenez, were among those tarps taken down from bridges, cables, lamp posts and trees, which are outside the COMELEC-permitted poster areas,” Manny Calonzo told Philstar.com.

And so EcoWaste worked on the tarps and came up with bags, organizers, aprons, and a whole lot of other useful things. Upon being asked if the products are for sale, Calonzo answered, “It was not really the intent of the EcoWaste Coalition to sell these repurposed tarpaulins. What it did was to produce prototypes that would demonstrate the many practical uses of tarps.”

“Repurposing the campaign tarps will help keep these plastics out of dumpsites that are bursting at the seams as the country’s garbage continues to swell,” said Aileen Lucero, EcoWaste Coalition coordinator.

But while there are many ways the tarpaulin streamers can be recycled, the public is advised to handle them carefully as they may contain hazardous chemicals.

Election Elections 2016 Mmda Ecowaste Coalition
Your Guide to Thriving in This Strange New World
Staying
In? What to watch, what to eat, and where to shop from home
OR
Heading
Out? What you need to know to stay safe when heading out