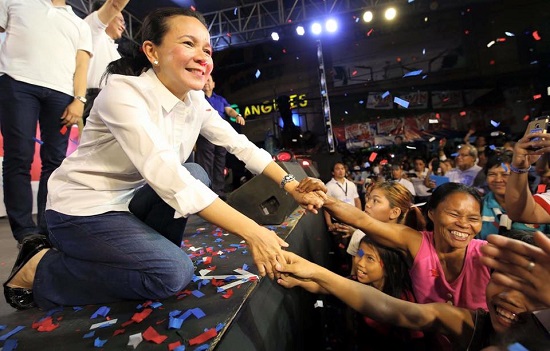 It was nine against six.

(SPOT.ph) The Supreme Court has finally allowed Senator Grace Poe to run in the 2016 elections.

The Supreme Court (SC) ruled in favor of Poe with a vote of nine to six, confirming her eligibility to run as an official presidential candidate, CNN Philippines reported.

Among the eight justices who voted in favor of Poe’s petition was Chief Justice Maria Lourdes Sereno herself.

The decision came after Poe formally questioned the Commission on Election’s cancelation of her certificate of candidacy due to residency and citizenships issues.

Her camp has since insisted that those with foundling status like Poe still have the right to run for higher office. However, Poe has stated that as a lawmaker, she was ready to accept whatever decision the SC would hand down.

With this development, five presidential candidates including Poe will be jousting over the nation’s votes this May 9. The other candidates are Vice President Jejomar Binay, Davao City Mayor Rodrigo Duterte, administration bet Mar Roxas, and Sen. Miriam Defensor-Santiago.

Poe recently topped the latest presidential survey with a 26% approval rating conducted by The Standard from February 24 to March 1. She is closely followed by Duterte and Binay with 24% and 23% respectively. But the three are technically tied statistically due to the survey’s ±1.8% margin of error.

Grace Poe Elections Elections 2016 Elections Ph Elections2016 Presidential Election
Your Guide to Thriving in This Strange New World
Staying
In? What to watch, what to eat, and where to shop from home
OR
Heading
Out? What you need to know to stay safe when heading out