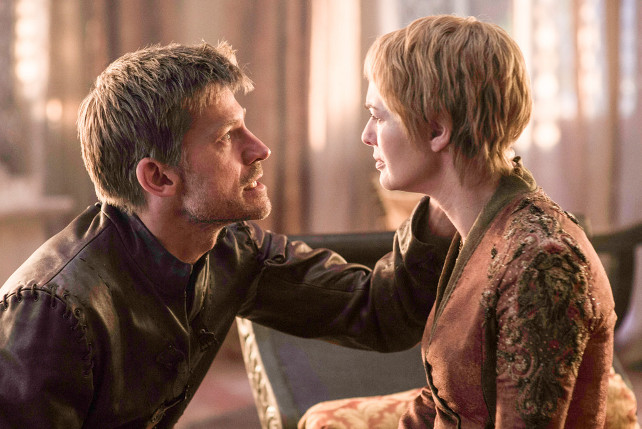 1. Watch the full trailer of Game of Thrones Season 6

After weeks of making do with character posters and 10-second teaser videos, Game of Thrones fans finally have a full-length trailer for Season 6. The sneak peek into the new season includes shots of Jaime Lannister's return to Dorne, Cersei Lannister's vow for revenge, and the mysterious corpse of the supposedly dead Jon Snow. The new season hits TV screens at the end of April.

In a Facebook post, veteran actress Vivian Velez said that she is currently filming her last scenes for the teleserye, Tubig at Langis. She resigned from the show after an alleged spat with her co-star, Cristine Reyes. Her post came after a statement from the show's production team that chalked up the incident to "miscommunication." They took responsibility for the issue and added, "Sa katunayan, walang problema ang staff sa work ethics ni Cristine at maayos itong nakikisama sa lahat ng katrabaho niya."

Tennis star Maria Sharapova has lost three of her endorsements: Nike (an eight-year U.S. $70 million deal), TAG Heuer, and Porsche. The athlete admitted to taking Meldonium for the past 10 years, which wasn't on the banned list of drugs until January 1 this year. She earlier said that she was unaware of the change of rules, and was taking the drug for health issues. Meldonium has previously been used by athletes to boost endurance.

To celebrate International Women's Day, Spotify has released a list of the Most-Streamed Female Arists on the site. Globally, Rihanna topped the list followed by Ariana Grande and Beyonce at second and third place, respectively. Other artists in the list included Sia, Lana Del Rey, and Adele.

Called “Sem Dengue” or “Without Dengue,” the app allows the local residents of Niteroi, Brazil to snap photos of stagnant water and alert the City Hall to the potential mosquito breeding grounds. The app’s geo-locator feature would immediately tag the area and lead the authorities to the spot. Created by the Sao Paulo-based Colab.re, the app has inspired dozens of cities in the country to help in eradicating the mosquito problem. “I think the ‘Without Dengue app’ is without a doubt quite a successful strategy to mobilize the local community for the fight against [the] Aedes [aegypti mosquito],” Niteroi mayor Rodrigo Neves said. The said mosquito is a carrier for both dengue and zika viruses.

6. “Dentist of Horror” who disfigured patients now on trial

Jacobus van Nierop left a trail of cracked jaws, abscesses, and septicaemia in an obscure French village. The victims, who were his patients, numbered over a hundred, and the Dutch dentist has been charged with aggravated assault and fraud. The victims shared horrific stories like getting several teeth pulled out in one go and leaving their mouths mangled. “Every time, he would give what he called a ‘little prick’ and we were asleep, knocked out,” said Nicole Martin, one of the dentist’s former patients. “When it was over, we would find a Post-it note saying to come back for an appointment the next day or the day after,” she explained. Prior to his alleged crimes in France, van Nierop was already under investigation even before he moved to the French town.

According to a Pulse Asia survey conducted on February 15 to 20, presidential candidates Jejomar Binay and Grace Poe are both statistically tied at number one. Despite this, Sen. Nancy Binay claims that her father, Vice President Jejomar Binay, does not feel threatened by Poe now that the Supreme Court has ruled in her favor. "Para sa amin, na-input na namin ang pagtakbo ni Sen. Grace Poe, kinonsider na namin 'yon. The probability is 50-50. Kung madi-disqualify or hindi madi-disqualify. On our part, mas prudent na isama na natin sila, i-factor in natin siya sa pangangampanya," Binay expressed. The senator added that at least now people can concentrate more on the qualifications of the candidates, and not on Poe’s candidacy issues.

9. A Collection of Bling: Celebrities and Their Engagement Rings (2016 Edition)

From Toni Gonzaga's P2 million stunner to Heart Evangelista's heart-shaped family heirloom, we rounded up some of the sparkliest rings owned by your favorite celebrities.

Who says one-piece swimsuits are for kids? No matter what your personal style may be, we found 10 pieces that you'd be more than happy to rock at the beach this summer.

Features 10thingsyoumighthavemissed 10thingsyoumissed Entertainment News Showbiz
Your Guide to Thriving in This Strange New World
Staying
In? What to watch, what to eat, and where to shop from home
OR
Heading
Out? What you need to know to stay safe when heading out