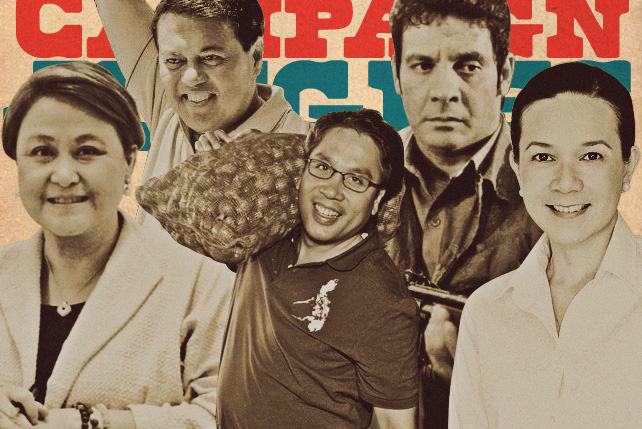 You will recognize quite a few on this list, promise. 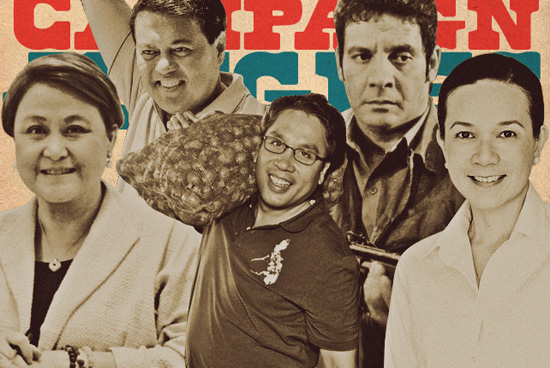 (SPOT.ph) These jingles have gone way beyond campaign territory and crossed over to “legendary.”  Some of these candidates may have won and some of them may have lost, but all we know is these jingles’ rhythm and lyrics are immortal. Allow us to write them as we hear them. You know, for better recall. Feel free to sing along.

Jamby Madrigal may have lost the presidency to Liberal Party standard-bearer Noynoy Aquino in 2010, but she eventually joined his party when she ran for a Senate seat three years later. Ja-ja-ja-jamby is still on our minds, even after all these years. Remember when she got in trouble for a social media contest offering an iPad as a prize? She blamed it on her young volunteers, but the contest still didn’t help her win the elections.

In 2007, Miguel Zubiri a.k.a Amigo ng Bayan used the chorus of  the Willie Revillame earworm to his advantage. Sen. Koko Pimentel accused Zubiri of cheating in the elections, which led to the latter’s resignation from the Senate in 2011. And just in case you’re wondering, we don’t think Zubiri handed out jackets a la Wowowee.

The President raps, OMG, and Bimby makes a cameo, too. The campaign partly banked on the iconic status of Aquino's parents, Ninoy and Cory Aquino. In the wake of the latter’s death, there was clamor for the younger Aquino to run for president. Mar Roxas withdrew from the race to give way for the President’s candidacy.

Yes, that’s in the breathless, Bee-Gees falsetto that VST & Company loved to affect so much. You think peppering the jingle with Fernando Poe Jr.’s name helped Grace Poe nab the top spot in the 2013 senate elections? She herself was surprised at the results, and had expressed gratitude for the support of a number of officials, among them being her current teammate, Chiz Escudero.

We’re sure we’d be just as energetic and inspired if we had Sen. Pia Cayetano’s lively 2010 campaign jingle pumping through our earphones as we bike from Aparri to Jolo. True to its title, "Pasado," the triathlete-senator’s jingle includes a rundown of the laws she had passed, including the Magna Carta of Women.

The tune, the lyrics—this song is practically tailor-made for a campaign. With Sarah Geronimo crooning the lines of "Ikaw Lamang, Loren," we couldn’t help but sing along to the familiar words. In the video, she vows to continue fighting for women and children. She lost the vice presidency to Jejomar Binay.

Mar Roxas and Leni Robredo's celebrity-filled ad recently made headlines, but it's the DILG Secretary's "Mr. Palengke" role that has him cemented in our eardrums. The moment we saw him shimmying to the tune of “Mr. Suave,” we couldn’t think of one without the other anymore. He also mentions his illustrious bloodline and promises to continue his forebears’ legacy. Is he still Mr. Palengke now, though?

We’ve been subconsciously humming "Only B1nay" under our breath, with special gigil on the “Bi-hi-nay” part. “Sinong nagpapaaral sa mahirap? Sinong nagpapagamot sa walang pambayad?” the jingle asks. We can only guess at the answer. With the massive airplay Jejomar Binay’s latest jingle has been getting, this probably made a dent on the billions his camp has been spending on ads.

This was Sen. Miriam Defensor-Santiago’s campaign jingle when she ran for president in 1992 and we like singing the lyrics fast. Try it. It doesn’t fail to point out her signature characteristics of being brainy and feisty, but her 19% of votes lost to the 23.58% of Fidel V. Ramos.

Have you? Has Manny Villar, for that matter? That was the question that a number of people raised in that year’s elections. GMA News reports that Villar was far from poor when he was growing up. In fact, he came from a double-income family who eventually moved to an upscale neighborhood. So the question remains: Nakaligo nga ba siya sa dagat ng basura?

Various supporters of Rodrigo Duterte have made songs for his presidential candidacy. While we can’t seem to find his official campaign jingle, we discovered "2:30 (Let's DU It)" by MMJ featuring Kris Angelica. Scantily clad girls, dance moves reminiscent of a popular Korean ditty—we’re still overwhelmed. There’s mention of traffic and even a reference to a laglag-bala incident. And the time for a fresh beginning? 2:30. Try saying the answer aloud and it will sound like—you guessed it—Duterte.

Campaign Campaign Ads Duterte Duterte Ad Election Election 2010 Election Jokes Elections Elections 2010 Elections 2013 Jingles
Your Guide to Thriving in This Strange New World
Staying
In? What to watch, what to eat, and where to shop from home
OR
Heading
Out? What you need to know to stay safe when heading out