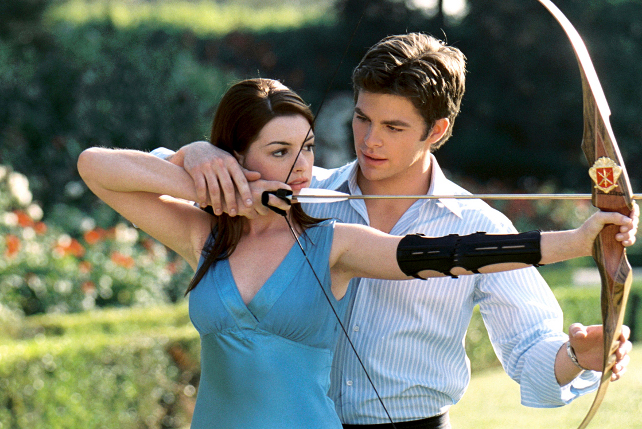 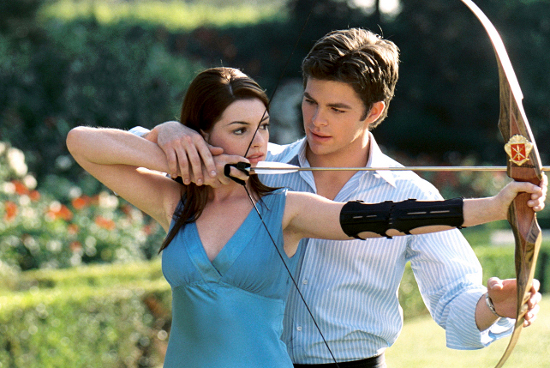 In an interview with People.com, director Garry Marshall said that he and Anne Hathaway want to do a Princess Diaries 3 set in Manhattan. "Anne Hathaway is very pregnant, so we have to wait until she has the baby and then I think we're going to do it," he said. There's still no word on whether Julie Andrews or Chris Pine would reprise their roles but the latter has said in a previous interview that he is open to returning.

On Tuesday, March 15, Regine Velasquez revealed in Tonight With Arnold Clavio that she had a miscarriage in 2010 before her wedding to Ogie Alcasid. She also shared that she went through depression after the incident and that it led her to becoming a Born-Again Christian. "My husband didn't want to force me, so slowly, nag-build ulit 'yong relationship ko with Christ," she said. The couple eventually had a son together a year after their marriage.

Indy is back! Disney has announced a fifth Indiana Jones installment starring Harrison Ford and directed by Steven Spielberg. "Indiana Jones is one of the greatest heroes in cinematic history, and we can’t wait to bring him back to the screen in 2019," said Disney chairman Alan Horn. "We couldn't be more excited to embark on this adventure with Harrison and Steven." So far, no other cast members and plot details have been revealed.

4. Twix is coming in spreadable form

You might not be ready to give up Nutella just yet, but another chocolate bar is now in spreadable form! Mars has released Twix in a jar, which reportedly contains chocolate, caramel, and the bar's famous crunchy biscuit pieces. Unfortunately, the spread is only being sold in the U.K. for now, and costs about U.S. $3 for a 200-gram jar.

5. Duterte plans to kill criminals if he wins presidential race

In Lingayen, presidentiable Rodrigo Duterte got cheers from the crowd when he told them that he was willing to bypass the judicial system in his fight against crime. “[If] I become president, I’ll order the police and the military to find these people and kill them,” he promised, referring to drug traffickers. He even told the crowd to put up funeral parlors. “I’ll supply the dead bodies,” he said.

Thirty-six-year-old Ryan Collins of Pennsylvania has agreed to plead guilty to a felony violation of the Computer Fraud and Abuse Act and to one count of unauthorized access to a protected computer to obtain information, TIME.com reports. The crime occurred from November 2012 until September 2014. Collins sent phishing e-mails as well as used a software program to download from Apple iCloud backups. His victims include famous celebrities like Jennifer Lawrence and Kate Upton, whose private photographs were uploaded online.

According to GMA News, taxi drivers converged and picketed before the Land Transportation Franchising and Regulatory Board’s office in East Avenue, Quezon City this morning, March 16. They protested against the Land Transportation Franchising and Regulatory Board’s (LTFRB) decision to make the P30 taxi flag-down fare permanent and called for LTFRB Chairman Winston Ginez to resign. The drivers say that they lose more than P1,000 daily because of the new rate, but Ginez, who is on an official trip in Vietnam, maintained that the permanent flag-down fare is for the general public.

8. Money-laundering scam may be biggest in Asia, according to international consultant

The senate held a hearing on the U.S. $81-million money laundering scheme on March 15, with the central figures involved in the alleged scam repeatedly invoking bank secrecy laws. Stephen Cutler, an international consultant on anti-money laundering, has spoken about the issue, saying: “It’s huge, I think it ranks at the top, if not near the top, with the amount of money and the ease with which it took place.” He added, “What I really worry about is there are heists of this scale that we don’t yet know.” Cutler points out that the latest scandal shone a light on the loopholes in the Philippines’ Anti-Money Laundering Act. He also mentioned that secrecy laws need to be reassessed to help probes on illegal transactions.

Gone are the days when you had to patiently wait for a local film screening or a hard-to-find DVD copy to watch Filipino indie films. Here are 10 critically acclaimed indie gems that you can watch from your couch.

Function meets form in the Toby’s Estate office along Pasong Tamo Extension. Check out their workspace which mirrors the uniquely urban feel that runs through the Australian brand's coffee shops.