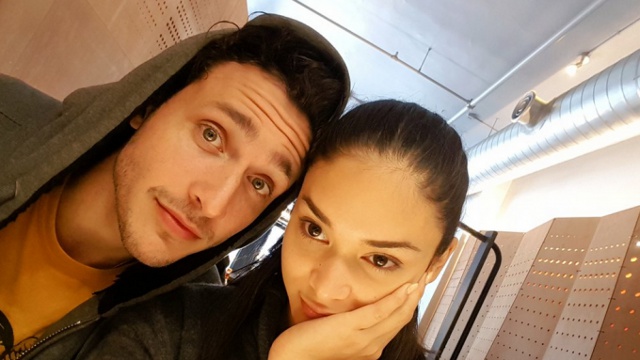 Dr. Mike Varshavski admits he and Pia Wurtzbach are dating + more things you might have missed today

Sen. Miriam Santiago bats for divorce, Madonna is in the middle of another controversy, and more.

1. Dr. Mike Varshavski admits he and Pia Wurtzbach are dating

After weeks of speculation, People Magazine's "Sexiest Doctor Alive" Dr. Mike Varshavski has confirmed in an interview that he and Miss Universe Pia Wurtzbach are dating. "I am dating Pia. It's a fairly new relationship but I'm really excited to see where it can go," he reportedly said. On March 12, Wurtzbach denied being in a relationship, telling her Facebook followers that her duties as Miss Universe was her "priority."

In a statement issued to ABS-CBN News, Cesar Montano has come to the defense of his son Diego Loyzaga who was tagged in an alleged mauling incident on March 13. "[Diego] was a victim, too. He got injured, and he has a medical certificate to prove it," he said, "At the end of the day, they need somebody to point their finger at and get all the blame. My poor son was the most qualified because that night he was the only personality you can name and no one else." The two brothers who were involved in the fight filed complaints against Loyzaga on Thursday, March 16.

3. Madonna in hot water for exposing 17-year-old's breast during her tour

Madonna has come under fire after she exposed the breast of a 17-year-old audience member during her Rebel Heart Tour in Brisbane, Australia. During the March 17 show, the pop star invited Josephine Georgiou to sing "Unapologetic Bitch" with her. As they exchanged banter on stage, she yanked on Georgiou's corset top, which ripped open. "Oh, sh*t! I’m sorry. Sexual harassment. You can do the same to me," she had said. Georgiou, however, said she won't be filing charges, saying, "Only I get to decide if I’m humiliated or not. Why would people assume I am humiliated by my own breast, nipple, or body?"

4. Watch a hilarious reel of celebrities impersonating other celebrities

BBC's The Graham Norton Show has released a hilarious, nine-minute video clip of the show's celebrity guests impersonating...well, pretty much anything you can imagine. Think Justin Bieber struggling through a British accent, Ryan Reynolds doing his best movie voiceover impression, Will Ferrell as Harrison Ford, and more.

5. This college student 3D-printed his own braces and it worked

Twenty-four-year-old Amos Dudley, a student at the New Jersey Institute of Technology, has managed to skip the ridiculously pricey orthondontist fees by 3D-printing braces for himself. "What is to stop someone, who has access to a 3D printer, from making their own orthodontic aligners? Turns out, not much!" he wrote. After wearing his U.S. $60 plastic braces for 16 weeks, it worked! However, he warned readers of his blog post not to try it at home, as it involved quite a bit of math and technical knowledge.

President Barack Obama officially landed in Havana, Cuba on Sunday, March 21 (Monday in Philippine time)—the first by a sitting U.S. president since 1928. The two-day visit included First Lady Michelle Obama, their two daughters, and his mother-in-law. On Tuesday, Obama is set to meet with Cuban President Raúl Castro at the presidential palace, in the hopes of improving the country's foreign policy.

Although Sen. Miriam Defensor-Santiago was absent from the presidential debates on Sunday, March 20, she still actively participated through her official Twitter account run by her staff. She notably pushed for the legalization of divorce (no one else voted in favor) on two grounds: Attempt on the life of a spouse by the other, and adultery or concubinage. She also voted in favor of the Freedom of Information Bill, the death penalty for drug traffickers, and lowering income tax to 25% from the current 32%.

Whether you're itching to head out this Holy Week or you just want to take advantage of the lighter traffic, we round up Manila establishments that will be open from Maundy Thursday to Easter Sunday.

This humble grain has long graduated from being a convenient snack to becoming an actual gourmet find. From Mexican to Japanese, here are 10 dishes that put the spotlight on corn.