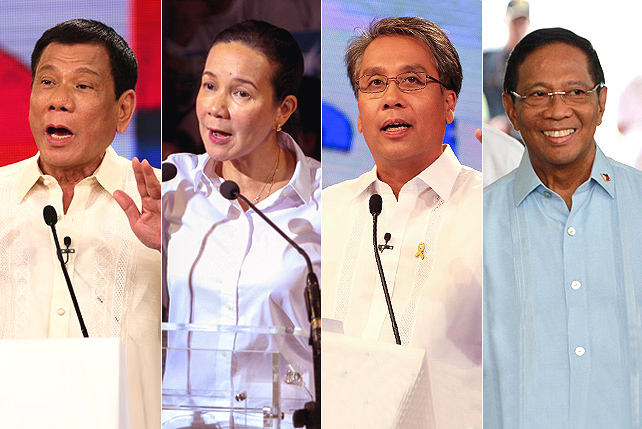 10 Exasperating Moments From the Second #PiliPinasDebates2016

It was a lot like watching a bunch of kids bickering pointlessly. 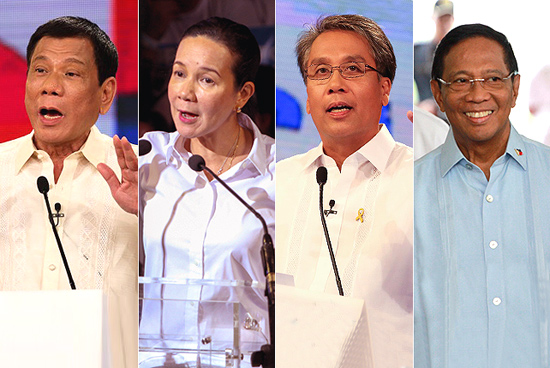 (SPOT.ph) Despite a two-hour delay due to confusion over the rules and Sen. Miriam Defensor-Santiago missing out, the second leg of the PiliPinas 2016 Debates turned out to be worth the wait. If you like watching a bunch of people arguing pointlessly and evading direct questions, that is.

Santiago, a crowd favorite during debates, skipped the session due to health reasons. She is ill from stage four lung cancer.

The event was presented by TV5 and was a lot more exciting than the previous debate, allowing candidates to ask one another questions directly. Aside from the usual one-on-one and rebuttal format, the event introduced a “Taas Kamay” portion where each candidate could only show whether they are in favor or against a particular national issue through raising a hand.

In case you missed it, here are some highlights from the second PiliPinas Debates, and viewers' reactions from social media.

Roxas says the Aquino administration files cases whether against non-allies or friends from the ruling Liberal Party:

Binay tells Duterte they are both qualified to be the country’s next president.

Duterte slams former U.S. Vice President Al Gore for being in the country recently to promote his campaign against global warming.

“Al Gore came here, talked about environment, climate change. Bakit hindi niya makumbinsi ang bansa niya? Why they can't go to China and stop it? Why do they come here telling us what to do when as a matter of fact we need energy to develop, we are just a developing nation.”

Binay, citing a Commission on Audit report, questions Roxas’ statement that 93% of Yolanda projects have been completed.

Poe laments the scrapping of the Armed Forces of the Philippines' plan to purchase surface-to-air missiles. The missles were replaced with bullet-proof vests and helmets.

In another Taas Kamay segment, none of the four candidates raised their hand when asked who was in favor of divorce.

But Santiago has declared via social media that she is in favor of divorce, “If there is an attempt on the life of a spouse by the other and second, when there is adultery or concubinage.”

Roxas corners Binay and asks him to explain the anomalies and alleged exorbitant overspending for Makati City projects:

Binay shrugs off Roxas’ statistics and retorts the people of Makati are entitled to expensive projects:

Poe’s reply to Duterte’s question on what would be the first steps she would do to tackle a potential war scenario with China:

Duterte labels Roxas as a “pretentious leader” for supposedly grabbing undue credit during his stint as interior secretary:

“Alam mo wala kang ginawa. And you are claiming credit that is not yours. Ang mahirap sa iyo Mar, you are a pretentious leader.”

Rodrigo Duterte Comelec Grace Poe Jejomar Bina Mar Roxas Pilipinas Debates
Your Guide to Thriving in This Strange New World
Staying
In? What to watch, what to eat, and where to shop from home
OR
Heading
Out? What you need to know to stay safe when heading out