Alden Richards and Maine Mendoza to Do New Project in July
Loading
Already a member? Log in
No account yet? Create Account
Spot.ph is your one-stop urban lifestyle guide to the best of Manila. 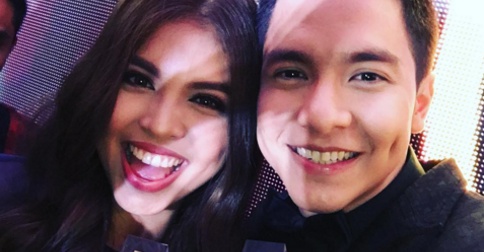 1. AlDub set to do a new project in July

During a mall event yesterday, March 30, the love team tandem of Alden Richards and Maine Mendoza announced that they will be doing a new project in July. Although they didn't disclose any further details, both promised AlDub fans that it will be worth the wait. The project is slated to be an anniversary gift, as the two were paired together in July 2015. A report from PEP.ph also mentioned rumors that AlDub will topbill the Pinoy remake of the hit Koreanovela series, My Love From The Star.

Despite its dismal ratings from critics, Batman V Superman: Dawn of Justice still managed to draw a hefty Pinoy crowd with over P200 million in local box-office earnings in just three days. Globally, the film boasts a total of U.S. $501.9 million in five days...and counting.

3. Ben Affleck has reportedly written his own Batman movie

It's safe to say that Ben Affleck's turn as Bruce Wayne was met with mixed reactions by audiences. Still, that hasn't stopped the Oscar-winning director and writer to pen the script for his solo Batman film. According to reports, Affleck is contracted to do two Justice League films, but the studio has yet to confirm if he will really be writing the script for the standalone Batman movie.

4. Would you try this sushi burger?

A food blog called "So Beautifully Raw" has brought together two of your favorite things: sushi and burgers! The blog features a vegetarian-friendly dish of avocado, pickled ginger, red cabbage, mayo and teriyaki "chicken" (which is actually jackfruit) sitting between two, tightly packed sushi rice buns.

After battling a rare blood cancer called juvenile myelomonocytic leukemia, three-year-old Caitlin Lucas passed away on Thursday, March 31. The young girl is the subject in the viral Facebook page “Courageous Caitie,” which was put up by her mother Christine Del Feliz Lucas. On New Year’s Day, the little girl was hospitalized due to severe abdominal pain. Months prior to the incident, she had what looked like insect bites on her skin. The marks became lesions, and she suffered from an enlarged spleen and liver. At this point, the family had reached Singapore for treatment, but earlier reports indicated no known treatment for the disease. On the "Courageous Catie" page, their last family photo is posted, with part of the caption reading: "All is well. You were awesome, my daughter."

In reaction to the viral event “Suntukan sa Ace Hardware,” Ace Hardware Corp. sent a message to GMA News Online explaining that they have nothing to do with the meme. “Please be informed that no such event [was] created nor organized by Ace Hardware,” they said. The event, set at 3 p.m. on April 15 at SM City Lucena and made by a certain "Bulbulito Balagbag: tuberong kulay green," has attracted much attention online, with 50,000 people “going” and 33,000 interested in the event, as of the present count.

Land Transportation Office spokesperson Jason Salvador said that the robbery of several piles of license plates could be an inside job. According to Philstar.com, the incident happened during Holy Week at the Land Transportation Office’s (LTO) headquarters in Quezon City. The stolen license plate sheets are worth P4.5 million and there is talk of the possible circulation of fake license plates as a result of the robbery. LTO chief Robert Cabrera asks the public to report the selling or trading of any license plates. Anyone caught doing so may face criminal charges for fencing.

The fast food chain has clarified its stance on supporting candidates for the elections. The company posted an official statement on their Facebook page, which says Chairperson Tony Tan Caktiong is "apolitical and as such, [does] not endorse any political candidate, organization, or agenda." The statement sought to address an article published by Malaya, which says that Tan Caktiong (who hails from Davao) has already declared his support for Davao City Mayor Rodrigo Duterte.

9. 10 Emotional Stages of Coping When Your Favorite Show Ends

Everything must come to an end...even your favorite TV show. We document the grueling emotional rollercoaster people go through when their beloved TV show says goodbye.

10. On the Spot: Kathryn Bernardo on her new book, her cheat food, and more

Have you ever really sat down and thought about the top threes in your life? That’s exactly what we made teen queen Kathryn Bernardo do. Can you guess where Daniel Padilla ends up?