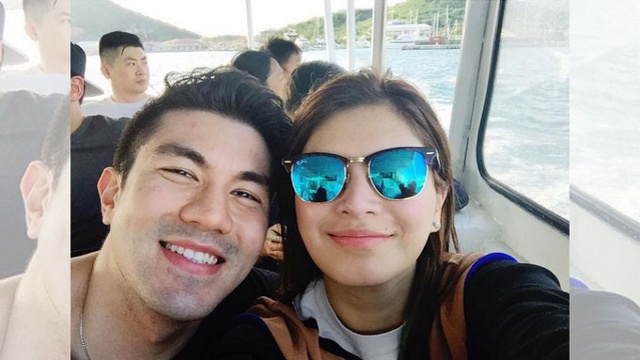 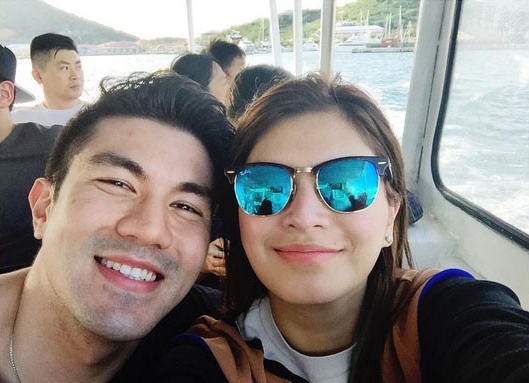 At a press conference for his new show on Monday, April 4, Luis Manzano shrugged off rumors claiming that he's gay. “Bata pa lang ako, ‘yan na talaga. Siguro hindi lang nila makuha ang katawan ko,” Manzano jokes. He also thanks rumored ex-girlfriend Angel Locsin for coming to his defense, and defends her in turn from bashers saying that she’s a lesbian. “It’s all part of the industry, name-calling, bashing,” he says.

In an interview with the Associated Press, Rolling Stones' guitarist Ronnie Wood announced that they will be releasing a new album this year—their first in over a decade. Wood said that they have been working on new songs, and added that they've also been on a "blues streak" for the album. A title and release date have yet to be announced.

Benedict Cumberbatch gave staff of a New York-based comic book store quite the surprise when he popped in for a quick visit. Best of all, he was wearing his costume as Doctor Strange! The actor took a break from filming to check out JHU Comic Books over the weekend, where he gamely posed with staff and fans, and even bought a Doctor Strange comic book for himself.

4. Would you wear these chicken-and-waffle-themed Nike shoes?

If you're an avid foodie, Nike finally has a way for you to wear your love for this classic combo...on your feet. Nike has released the Dunk High Premium "Waffle," whose design is inspired by chicken and waffles. The shoe features a waffle square pattern, a syrupy Nike swoosh logo, and chicken and waffles art on the insole. The sneakers were released on April 2 and retails for U.S. $110.

An estimated 40 vehicles were burned in a fire at the Honda Cars building at the corner of Quezon and Araneta Avenues in Quezon City earlier today, April 5. The fire, which started at 1:35 a.m., is suspected to have been caused by faulty wiring at the Human Resources Department. “Wala naman natutulog or nagluluto rito, so possible na galing sa electrical ‘yong origin,” Sr. Supt. Jesus Fernandez said. No one was injured in the incident. The burned cars were worth about P28 million and the structural damage is estimated at P2 million. According to Joel Sevilla, Honda Cars general sales manager, business goes on as usual.

Despite battling cancer, Elizabeth Zimmerman-Duterte joins “Biyaheng DU30,” a 30-day campaign set to cover the Visayas and Mindanao areas. Duterte’s ex-wife says, “I wanted to help him because he is still part of my family, he is the father of my children. We may be annulled in court but we were also married in the Church and the Catholic Church never annulled our marriage.” The caravan intends “to thank the supporters and convince the undecided.”

7. Classes are still suspended at UP College of Arts and Letters

Due to the recent fire that hit the Faculty Center at the University of the Philippines Diliman, classes at the University of the Philippines College of Arts and Letters are still suspended until Wednesday, April 6. Faculty members affected by the fire are being relocated. UP Chancellor Michael Tan announced that a temporary office will be set up at the Palma Hall Pavilion. “Please check with the Dean’s Offices if you are looking for a department or a faculty member. The Faculty Center building remains off limits for safety reasons,” Tan said.

8. Bongbong Marcos is the “least liked” candidate for vice president in SWS survey

Majority of the respondents of the Social Weather Stations-Bilang Pilipino mobile survey picked Bongbong Marcos as the “least liked” candidate for vice president. The March 31 survey results show this to be the sentiments of 22% of the 757 respondents. Senators Gringo Honasan and Antonio Trillanes IV lagged behind Marcos in this category with 13% each. Seven percent say that they don’t want Camarines Sur Rep. Leni Robredo to get the second highest position in the land, while senators Chiz Escudero and Alan Peter Cayetano each got thumbs down from 6% of the respondents.

9. Where Are They Now: The Cast of Encantadia

It's been over 10 years since we first saw Encantadia on our TV screens. Before GMA Network airs its new "requel" (that's retelling-slash-sequel") of the beloved series, take a trip down fantaserye memory lane.

10. 10 Pastel-Colored Sneakers for the Summer

Add pops of pastel to your wardrobe this season! These sneakers will make stepping out so much more colorful.