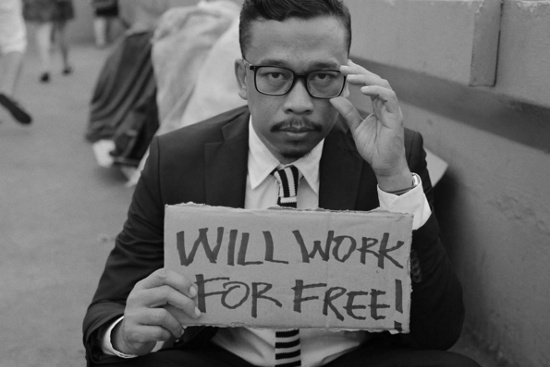 Yes, you read that right. Ace lensman Jason Magbanua, who has done gorgeous wedding videos with celebrities like Iya Villania and Heart Evangelista, is offering his services for free. Magbanua called the project an "experiment" and a "creative exercise." He asked interested applicants to send details and logistics of their event, and assured them that it didn't need to be locally based. "A good meal would be appreciated but great coffee is a must," he said. "Your wedding (or not) doesn’t need to be one of a kind, nor push boundaries. The only thing it needs to be is compelling. To inspire people to love. Or to make people understand." Magbanua added that he and his team will likely be picking several couples, depending on the event.

2. How newcomer Sanya Lopez landed her lead role in Encantadia

GMA Network has finally unveiled their new ensemble cast for the 2016 "requel" of Encantadia, with a few unfamiliar names on the list. One of them was Sanya Lopez who, according to PEP.ph, was discovered by the late German Moreno when she visited her brother on set. She reportedly auditioned for different roles and was called back four times. Eventually, she landed the role of Danaya, formerly played by Diana Zubiri. The show is slated for a late 2016 release.

3. This law school had to change its name because of its unflattering acronym

The tech giant is now venturing into...optometry? Samsung has been granted a patent in South Korea for contact lenses with a built-in camera that's controlled by blinking. (Yes, like in the spy movies.) The lenses would also have a feature that sends the photos to an "external smartphone-like device" for processing. It is still unclear whether Samsung will release a consumer product...or how exactly the blinking technology works.

5. No more Philippine map on new passports due to “political sensitivity”

Because of the territorial issues regarding the West Philippine Sea, the Department of Foreign Affairs has opted to take out the illustration of the Philippine map from the new electronic passport or e-passport, which will be released in May. It has been decided that the map does not accurately show the extent of the Philippine territory as defined in the Constitution. The new passport will have upgraded security features, as well as lyrics to the national anthem and illustrations of Philippine landmarks and icons on its pages.

8. Robredo tells Marcos to give back ill-gotten wealth

You might not like the sweltering heat, but there is a silver lining to the summer weather: gelato! We show you where to go for the perfect gelato scoop.

Clueless about where to go for a refreshing dip? We round up 10 swimming pools complete with amazing views for your summer pleasure. You’re welcome!