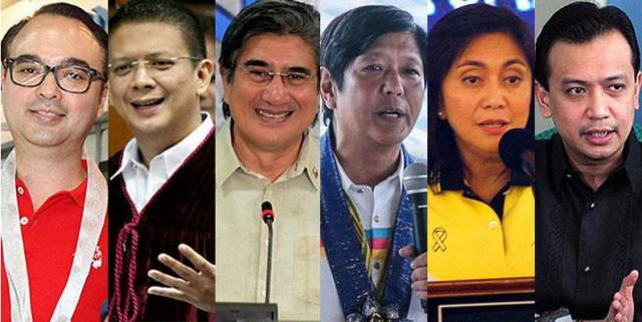 Reactions to Chiz Escudero's voice, BBM getting booed, and more. 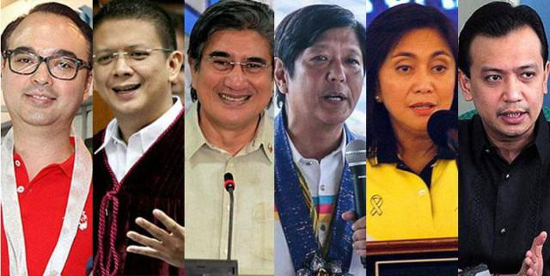 (SPOT.ph) The only vice-presidential debate for this year's elections packed a lot of drama and mudslinging, but it also shed light on issues such as corruption, climate change, same-sex marriage, and political dynasties. Pinoys watched intently and they were not shy about sharing their reactions online.

Many people expressed their anticipation for the debate.

Some were expecting answers to certain questions.

Some were surprised that Sen. Gringo Honasan actually showed up.

Sen. Chiz Escudero seemed calm throughout the debate, but a lot of people found his intonation quite unsettling.

Sen. Bongbong Marcos was in the hot seat several times during the debate, especially when Martial Law and human rights violations were brought up.

Corruption allegations against Marcos and his family also got some airtime. Sen. Alan Peter Cayetano, Rep. Leni Robredo, and Sen. Antonio Trillanes IV did not shy away from asking about the Marcos' alleged ill-gotten wealth.

Throughout the debate, the audience remained vocal. They were actively booing when they were displeased and protesters were even escorted outside.

In the end, it was an enlightening debate.

Of the most interesting things we learned: each candidate's stand on several pressing issues. Everyone agreed that income tax should be reduced and that the country is not doing enough about climate change.

All of the candidates were against same-sex marriage, though Rep. Leni Robredo clarified that she was supportive of civil unions. They were also unanimous that telcos should be held accountable for unsatisfactory services. When asked if graft and corruption should be punishable by death, everyone was against it except for Cayetano. When asked if they had plans to run for president, all of them answered no except for Trillanes, who chose not to answer the question.

When it came to their closing statements, they reiterated their platforms and promises...but can we talk about Leni Robredo's sassy remark? Girl power!

A few of the debate's memorable quotes:

Marcos on apologizing for his father's abuses on human rights: "I will apologize for any wrongdoing that I may have done, any mistake that might have caused anyone pain or hardship. But I can only apologize for myself."