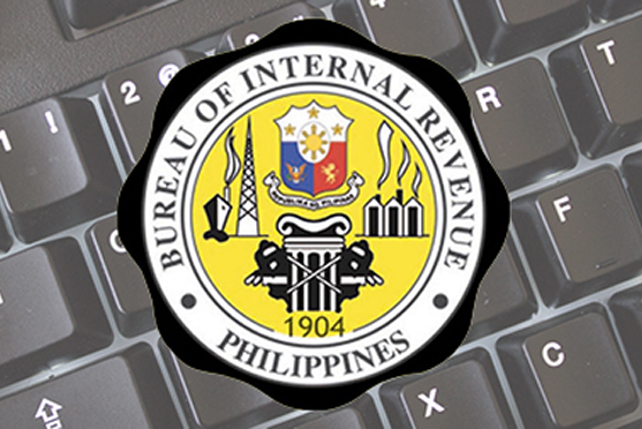 BIR calls out accountants who don't pay the right taxes 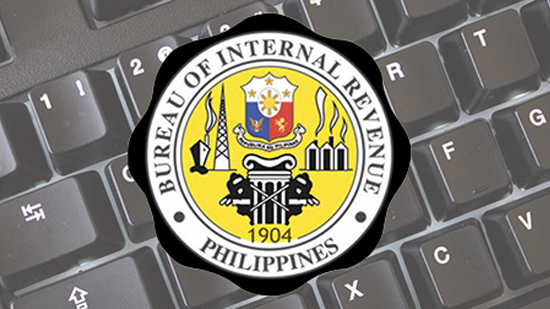 (SPOT.ph) “When you don’t pay your taxes, you’re a burden to those who do.”

This was the simple yet stinging message of the Bureau of Internal Revenue and the Department of Finance for tax evading professionals in a new Tax Watch advertisement, which puts accountants and their supposed tax evading ways into question.

Tax Watch, a goverment campaign which publishes weekly lists of individual and non-individual taxpayers on the Department of Finance and Pera ng Bayan websites as well as major broadsheets, encourages transparency on tax payments and promotes the habit of paying the right taxes among citizens.

The ad released on Wednesday, April 20, cites 214 out of 1,944 accountants, bookkeepers, and auditors or 11% of those who filed returns in 2015 had zero tax due, the Inquirer reported.

The ad also shows how one out of 10 accountants operating in the National Capital Region declared zero income tax in 2014.

Aside from this, another 338 or 17% of these professionals suspiciously declared a gross monthly income less than P13,890 (which is the salary of an administrative assistant). 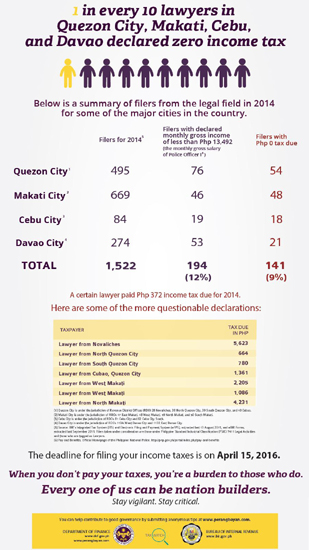 There was even an accountant from Quezon City who paid P25 income tax despite racking P1 million in earnings.

Several other accountants cited were a little more modest and amounts ranging from P336 to P3,000 in income taxes.

According to report on April 13, a previously released Tax Watch advertisement scrutinized lawyers, citing one in every 10 of these professionals from all over the country as potential tax evaders.

Photo from the Department of Finance website (Tax Watch poster)

Bir Taxes Tax Evasion
Your Guide to Thriving in This Strange New World
Staying
In? What to watch, what to eat, and where to shop from home
OR
Heading
Out? What you need to know to stay safe when heading out