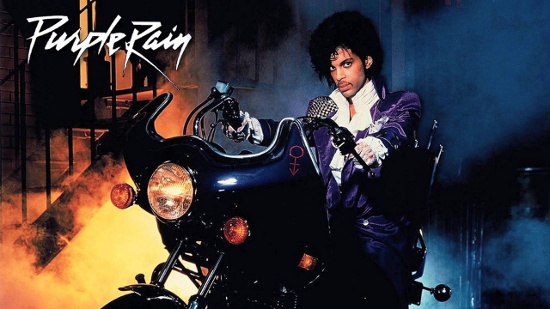 According to a report from The Guardian, the body of music legend Prince will undergo postmortem examination on Friday (Saturday in Philippine time). The 57-year-old was found collapsed in his home, and was pronounced dead at the scene. The cause of death has yet to be revealed, but Prince was reportedly rushed to the hospital last week with flu-like symptoms that forced his private jet to make an emergency landing.

2. Julio Diaz recovering well after surgery due to stroke

In an interview with DZMM, veteran actor Julio Diaz confirmed that his health is now stable following his stroke that required cerebral surgery. "I need more prayer," he said. "This angiogram, medyo mahal itong proseso ko ng medication na ito. I'm still looking for resource na pwede kong utangan." In the interview, he also thanked his fellow actors and directors Brillante Mendoza and Mario J. Reyes for extending help. It will take two more weeks until the actor can leave the hospital.

TIME magazine has announced their annual roundup of the 100 Most Influential People in the World, and the list has some very familiar names. The magazine will be releasing six different covers that feature personalities from the list, including Leonardo DiCaprio, Mark Zuckerberg and his wife Priscilla Chan, rapper Nicki Minaj, and Hamilton creator and star, Lin-Manuel Miranda. You can also expect plenty of other celebrities and famous figures in the list, such as Adele, Hillary Clinton, Pope Francis, Barack Obama, and Justin Trudeau.

Merriam-Webster has added about 2,000 new words to the dictionary, such as FOMO (meaning "fear of missing out" to all you titas out there). Other words added into the list include "athleisure" which was defined as "casual clothing designed to be worn both for exercising and for general use"; "hella" which means "very or extremely"; and "meet-cute" which means "a cute, charming, or amusing first encounter between romantic partners."

5. Snapchat users can now swap faces with photos on their phone

The latest update of Snapchat now allows users to face swap with photos already stored on their phones, which means all those celebrity photos finally can be of good...okay, funny use. Originally, the app only allowed users to swap faces with another face within the camera's frame. Before you get too excited, however, this new feature is only available for iOS users...for now.

The website that contained the personal data of over 50 million Filipino voters was finally taken down on Friday, April 22, in coordination with the local and U.S. Department of Justice. The website allowed visitors to search for details about a voter, such as the full name, address, birthday, passport details, and for some, even the text markers and fingerprints. It was launched by a group of hackers called LulzSec Pilipinas.

President Aquino has appointed Lt. Gen. Glorioso Miranda as the new acting chief for the Armed Forces of the Philippines. He will be replacing outgoing AFP chief Gen. Hernando Iriberri, who is retiring today after reaching the mandatory retirement age of 56. Prior to Miranda's new position, he was the AFP's vice chief of staff.

The Singaporean government has refuted the claims of a viral Facebook post that said its prime minister Lee Hsien Loong has endorsed Rodrigo Duterte for the May 2016 elections. "Singapore does not endorse any candidate. The choice is for Filipinos alone to make. We wish the Philippines well in the conduct of its elections," said the statement.

Who says bringing baon to work should be limited to just plain paper or tote bags? Add some personality and a style statement to your next lunch break with these 10 cool lunch bags.

It's Friday, which means you're allowed some extra calories. We round up 10 fried dishes that are both satisfying and comforting. Trust us, you deserve it!