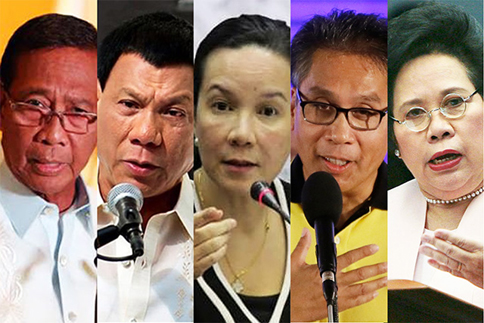 15 Most Entertaining Moments in the Final PiliPinas Debate

The team behind MMK was surely involved. 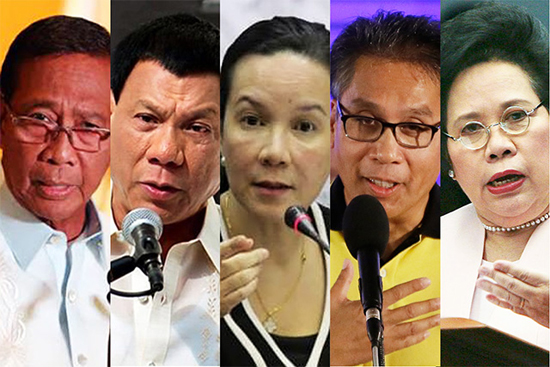 (SPOT.ph) Well, what did you expect? The third and final PiliPinas Debates 2016 was hosted by ABS-CBN, known for their telenovelas and Maalaala Mo Kaya. The town hall format gave voters a venue to ask candidates questions about issues affecting them and was met with mixed reviews on social media. Some felt that introducing each voter with a short segment about his or her life took too much time, while others thought this was a good way to bring the issues down to a more personal level.

Whether or not this has slowed down an otherwise snappy debate, one thing was clear: the dramatic production value evoked entertaining responses from the candidates, who had their last chance to talk about their stand on employment, Metro traffic, health care, the West Philippine Sea, contractualization, and many others, before the May 9 elections.

Even before the start of the show, people on social media were already anticipating the debate:

Coherent thought & smooth delivery of every statement makes a big impact in getting my vote. As valuable as content. #pilipinasdebates2016

A lot of leading presidential contenders in recent history seem to dodge debates, so all five are commendable for their courage #PHVote

Here are 15 entertaining moments from the last presidential PiliPinas debate:

That moment during the opening statement when Davao Mayor Rodrigo Duterte "joked" that he would not hesitate to copy the concrete plans or platforms of his contenders.

"I have many plans I can copy. Sanay naman ako mangopya. Grade 1, nangogopya na ako."

Those moments when despite appearing to struggle from the effort, Sen. Miriam Defensor Santiago showed she still has some fight in her.

Is it just me or Senator Miriam is buffering 😔 im really praying for her health ,love you po #PiliPinasDebates2016

Chemo's effect on a person is NO JOKE and here she is, in front of the nation, giving the best answers a person in her condition can offer.

MIRIAM! NEVER GIVE UP!
She's aware people think she's weak but she clearly has explained she's normal& back to fight! #PiliPinasDebates2016

That moment when Duterte said he wanted to be a hero while trying to take over the West Philippine Sea.

Duterte is hilarious. 😂 I'm not doubting him on that though.

"As Batman said, it is not important how you came into this world but what you did with your life."

"I am Batman." -how Roxas would end his speech, probs. #charlangbeh

That moment when Binay was hinting that Karen Davila was being unfair to him by always asking him the questions first, then he questioned Karen Davila's dress color.

And that moment when Binay refused to answer the yes or no questions with a simple yes or no.

Karen Davila: Yes or no?

Karen: YES OR NO
Binay: A

This is also how he answers his graft and corruption cases.

When Duterte and Miriam were being friendly to each other for the nth time.

Duterte: Ma’am Miriam, what can I ask of you? I am facing a woman worthy of becoming the president of this country. It will be an insult to the intellect of everyone in the country to ask such a learned individual. So my question is, how are you today, ma’am?

When Grace Poe asked Duterte about his respect for women and what he can do for them. He answered that Mutya ng Davao contestants do not wear swimsuits anymore. He also used this chance to clear the air regarding his rape joke.

Those moments when Tony Velasquez seemed kind of lost. He forgot to ask Grace Poe during a round and called Mar Roxas "vice president."

When Grace Poe said that new things are not necessarily bad.

I will vote for Grace Poe, I want to have that BAGONG BOYFRIEND! :)

*close up shot of her son*

When Duterte summoned the dead.

You know what? I kinda makes sense that Emilio Aguinaldo is funding Duterte. #AguinalDU30

When Miriam said that she wouldn't give her husband a cabinet position.

Pilipinas Debates 2016 Election 2016 Grace Poe Grace Poe Llamanzares Jejomar Binay Mar Roxas Miriam Santiago Rodrigo Duterte
Your Guide to Thriving in This Strange New World
Staying
In? What to watch, what to eat, and where to shop from home
OR
Heading
Out? What you need to know to stay safe when heading out