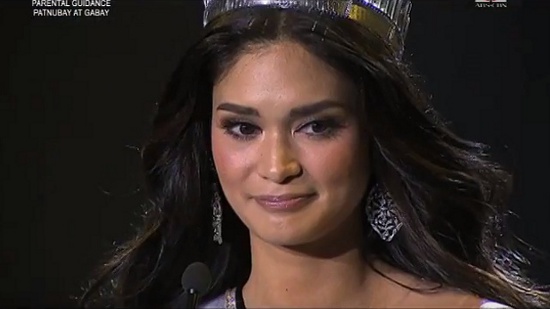 In an Instagram post on Thursday, April 28, Pia Wurtzbach warned followers against social media accounts claiming to be her. The said accounts were reportedly posing as Pia endorsing several presidential candidates for the upcoming elections. "Please stop. This is not real. This is not me," she wrote. "I have a fan page and a fan group that is being handled by Daryl and of course the official Miss Universe Facebook page."

In an interview with ABS-CBN News, Jericho Rosales gave more details on his upcoming show with Arci Muñoz, which has been labeled as an "epic love story." The show, entitled Never Ever Say Goodbye, is reportedly a remake of the 1980 classic Kastilyong Buhangin, starring Lito Lapid and Nora Aunor. "Obviously, ako si Lito Lapid at si Arci si Ate Guy," shared Rosales. A premiere date has yet to be announced.

3. Prince reportedly had prescription pills in his possession when he died

According to a report from NBC, Prince was found with prescription painkillers in his possession when he died, and the Drug Enforcement Agency has been asked to assist with the investigation. Officials didn't reveal which medications may have played a part in his death, but the Drug Enforcement Agency (DEA) will help determine its origins. An autopsy of Prince’s body was conducted just one day after his passing, and while the medical examiner found "no obvious signs of trauma," toxicology reports may still take weeks to complete.

Snapchat is facing a lawsuit following a high-speed car wreck in which one of the drivers may have been using the app. In 2015, Christal McGee allegedly increased her driving speed in order to see the reading on Snapchat's speed filter get above 100 mph. Two other victims were in their car when McGee collided with them at about 107 mph in a 55 mph zone, with one of them suffering "permanent brain damage." The complaint alleges that Snapchat was, or should have been, aware of the danger caused by the speed filter while driving, yet "did nothing to remove or change it." It also claims that the app is "partially responsible," and should help pay for damages.

5. This man threw a birthday party for a pothole

A resident from Mississippi was tired of a pothole that has remained unfixed in his neighborhood for a year, so he decided to throw it a party (complete with a balloon and a giant birthday card). After the pothole party was reported by several local news outlets, city officials finally got around to fixing the pavement. We wonder if that would work here...

On Wednesday, April 27, the Social Weather Stations denied conducting a survey from April 20 to 23, as claimed by several viral social media posts. The discredited survey showed Rodrigo Duterte falling to 27%, Sen. Grace Poe with 26%, and Vice President Jejomar Binay gaining nine points to earn 23%. The latest official Social Weather Stations (SWS) survey results showed the following scores: Duterte with 33%; Poe with 24%; Roxas with 19%; Binay with 14%; Santiago with 2%; and undecided or others with 3%.

Mayor Rodrigo Duterte confirmed the existence of several BPI accounts under his name, including one at the Julia Vargas Avenue branch in Ortigas on Wednesday, April 27. However, he denied the claims of Sen. Antonio Trillanes IV that it has over P200 million. "Hindi ganoon kalaki. Thousands lang. It could not go beyond even [that]. 'Yong isa 17 [thousand], 'yong isa below 50 [thousand],"  he told reporters. He also dared Trillanes to execute an affidavit detailing where and how he obtained bank records showing his alleged millions in the deposit, calling the latter's claims "fabricated."

A new cyber attack conducted by the "Indonesian Defacer Team" has hacked into several government websites and sites of local private companies and schools. Among the websites affected are the websites of Barangays Sto. Niño and Malaya of Pinamalayan, Oriental Mindoro. Two PAGASA microsites were also reported to have been defaced. Meanwhile, local hacking group Anonymous Philippines said they were not behind the recent attacks.

9. Who are your favorite celebrities supporting this election?

While some people are probably still mulling over their chosen candidates, these celebrities have already made up their minds. Heck, some of them have even gone out of their way to actively campaign for their bets.

10. The Pork Trail: 2016 Candidates Allegedly Involved in the PDAF Scandal

The PDAF may have been declared unconstitutional, but the nightmare is far from over. Here's a quick review of who among the politicians running for office have found themselves in the middle of the pork barrel mess.