The candidates' ad spend for the elections is at P2.7 billion
Loading
Already a member? Log in
No account yet? Create Account
Spot.ph is your one-stop urban lifestyle guide to the best of Manila. 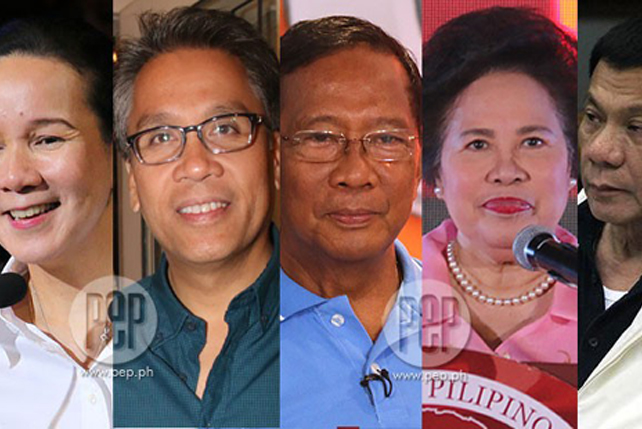 Candidates have been spending P54 million a day on campaign ads

It's apparently turning out to be the most expensive election ever. 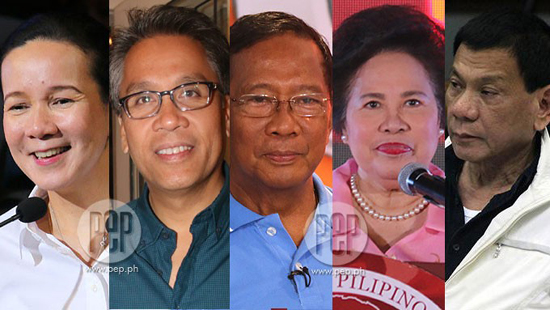 (SPOT.ph) It seems it really does pay to advertise. Candidates running for president, vice president, and senator, together with their political parties, have apparently already coughed up an estimated P2.7 billion from February 9 to March 31 in 2016 alone, according to a report published by the Philippine Center for Investigative Journalism.

"By all indications, the unbridled spending spree on political ads alone by the national candidates is turning the next fortnight's balloting into the costliest yet in Philippine electoral history," it also remarked. 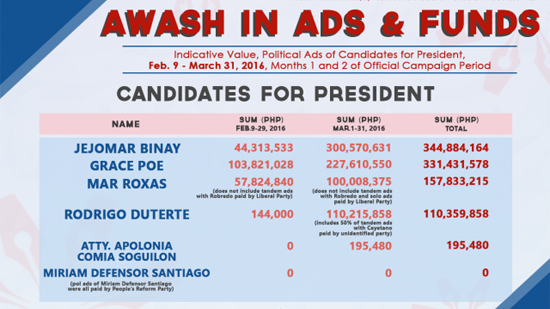 Among the presidential candidates, Vice President Jejomar Binay is the current leader in terms of campaign-ad placements starting February 9, which amounted to almost P345 million by end of March. Following him is Sen. Grace Poe, with a total of around P331.4 million during the same period.

"By the end of last month, thus, both Binay and Poe had managed to breach half the official spending limit for presidential bets based on Nielsen data alone, with Binay at 63.44% and Poe at 60.97%," said the report.

Ad Spending Elections 2016
Your Guide to Thriving in This Strange New World
Staying
In? What to watch, what to eat, and where to shop from home
OR
Heading
Out? What you need to know to stay safe when heading out