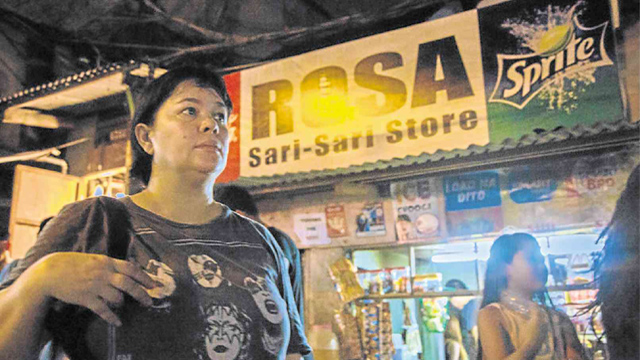 MA' ROSA Trailer from Keep Me Posted on Vimeo

In case you haven't already heard, Brillante Mendoza's upcoming film, Ma' Rosa, will be competing for the prestigious Palme D'or at the 2016 Cannes Film Festival. The trailer was released over the weekend, and features star Jaclyn Jose as Rosa, who is mysteriously arrested in her small sari-sari store. The film will compete against 20 other entries from around the world, including Xavier Dolan's star-studded Juste La Fin Du Monde and Sean Penn's The Last Face. This year's festival runs from May 11 to 22.

Marvel's latest blockbuster has shattered local box-office records, opening with a staggering P362 million in its first five days of release in the Philippines. It now holds the title of "Biggest Opening Weekend of All Time" in the country. It also smashed the previous record of Batman V Superman: Dawn of Justice of P86.7 million in a single day. (Civil War earned P87.9 million in just one day.)

In an interview with PEP.ph, Nadine Lustre and James Reid have responded to the news that their upcoming film, This Time, will be competing in the box-office with Star Cinema's Just The 3 of Us (starring John Lloyd Cruz and Jennylyn Mercado). "We're happy naman po kasi si Kuya Lloydie naman po...we're not competing with anyone naman po. We're just really excited and happy," said Lustre. Both films will hit theaters on May 4.

4. Angry customer sues Starbucks over too much ice

A Starbucks customer from Illinois is suing the coffee chain because there was too much ice in her drink. Yup, you read that right. The U.S. $5 million lawsuit argues that the venti size should contain 24 ounces of liquid, but because of her drink's ice, she only gets about 14 ounces of coffee. Starbucks, on the other hand, argued that any beverage can be remade should a customer feel unsatisfied with it.

5. Get ready to destress with this NSFW coloring book

The adult coloring book craze is far from over. In fact, more and more people are coming up with, ahem, creative ways to destress. For instance, two architects have come up with a penis-themed coloring book, which features hand-drawn and incredibly detailed phallic illustrations. (One drawing is aptly titled a "pea-cock," and is essentially a peacock with a penis pattern on its feathers.) Once the book is released, a portion of sales will reportedly be donated to fund comprehensive sex education in schools.

On Monday, hackers from Anonymous Philippines gathered in front of the Department of Justice to demand the release of Paul Biteng, one of the suspects arrested for the recent COMELEC site breach. They insisted that Biteng only defaced the site to bring attention to its lack of security measures, and that he did not download and leak voters' data. The data leakage was reportedly done by another group and not Anonymous Philippines.

On Monday, Rodrigo Duterte's legal counsel, Salvador Panelo, requested BPI's Julia Vargas branch to issue a certification that at no time has there been P211 million in his bank account, "whether singly, collectively or cumulatively deposited to his bank." Panelo said the bank had asked for seven days to formally respond to the request.

9. PHOTOS: Beautiful Heritage Buildings to See Next Time You're in Manila

The next time you go exploring, try something that mixes history with modern times. These 10 buildings in Manila are definitely worth the visit.

10. 10 Places in the Philippines That Should Be UNESCO World Heritage Sites

While UNESCO already recognizes six local destinations, the Philippines will never run out of places that are worth a spot on your bucket list. Here's why these 10 nominated sites deserve World Heritage status.