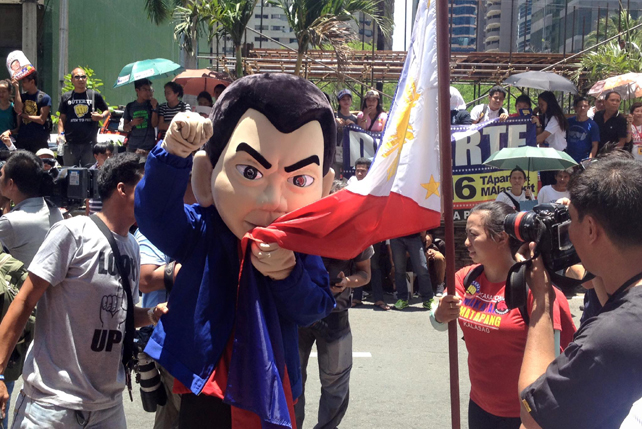 The most-awaited face-off at BPI Julia Vargas...did not happen 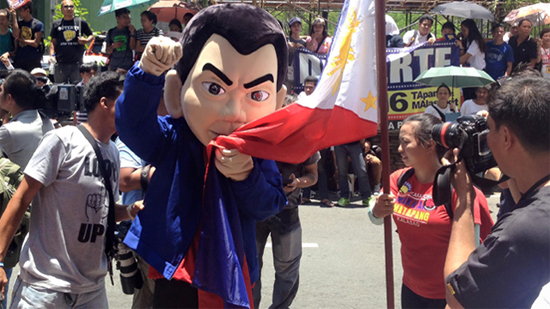 (SPOT.ph) With exactly a week to go before the elections, it seems the circus is getting even crazier.

Today was the day of the supposed "face-off" at the Bank of the Philippine Islands' Julia Vargas branch between Sen. Antonio Trillanes IV and Davao City Mayor Rodrigo Duterte regarding the former's challenge for the latter to open his bank accounts to the public.

Or at least, it was supposed to be between Trillanes and Duterte. The tough-talking mayor was a no-show, and was instead represented by his legal counsel. The Inquirer reports that Duterte's attorney, Salvador Panelo, requested the BPI branch to issue a certification that at no time has there been P211 million in Duterte's bank account.

“(We requested the bank) to look into the records of (Duterte’s) bank account and issue a certification that at no time since the opening of the account has there been P211 million whether singly, collectively or cumulatively deposited to his bank,” said Panelo in the report.

“The bank officials explained to Trillanes. We cannot just open the banks because we are following protocols,” he was also quoted as saying.

Trillanes, who is gunning for vice president, previously alleged that Duterte had P211 million in an undeclared bank account at the Julia Vargas BPI branch. The mayor eventually admitted it was his bank account, but said it never contained millions.

BPI advised clients to avoid the Julia Vargas branch today because of the "face-off," a wise decision in hindsight because hundreds of supporters from the Duterte and Trillanes camps flocked to the bank to show their support for their respective candidates. Sightings in today's face-off include Robin Padilla (who threatened to withdraw all his money from BPI as a sign of protest) and a Duterte mascot.

Antonio Trillanes Bank Account Bpi Julia Vargas Rodrigo Duterte
Your Guide to Thriving in This Strange New World
Staying
In? What to watch, what to eat, and where to shop from home
OR
Heading
Out? What you need to know to stay safe when heading out