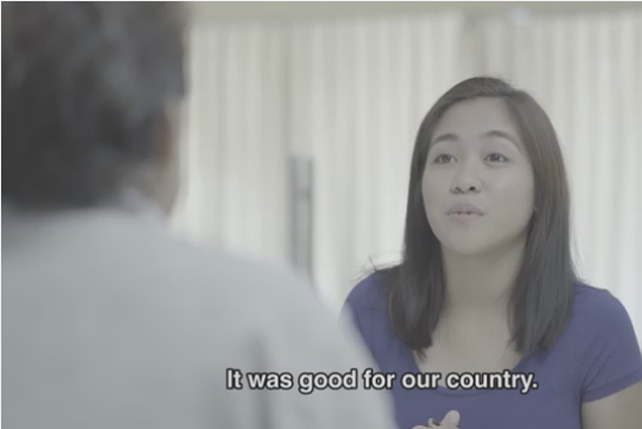 WATCH: These young voters were asked about Martial Law

And they got the shock of their lives. 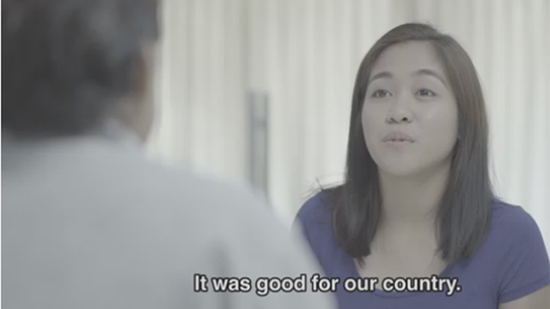 (SPOT.ph) Less than a week before the national elections, a group actively campaigning against vice presidential bet Sen. Bongbong Marcos and his family has posted a video addressed to the youth about the horrors of the Martial Law era.

Responses from the youth are initially positive: "The law was followed and people were disciplined," "It was good for our country," and "(Marcos) was really strict. Like how your parents are strict because they love you," among others.

But then here comes the twist: The interviewers reveal themselves to be Martial Law victims. They then proceed to describe in vivid detail the horrors subjected upon them and their friends and loved ones during that time, from verbal abuse and detention to torture and rape.

"I was detained while in prison," says one of the victims. "I was raped."

Another said: "My brother-in-law and his friend were stripped naked and put in a room filled with ice. They were imprisoned there for three days."

A person who says he was electrocuted that time shares: "At first it was weak—the current only reached my elbows. Then after, the current reached my shoulders. Then it reached my neck. The last shock almost reached my brain's membrane—that would have killed me."

The young men and women are initially unfazed as the Martial Law victims tell their stories. As the video progresses, however, each of them becomes visibly shaken by the tales they have just heard, and confess that they were really not taught about the dark side of Martial Law.

"To this day, the true story of Martial Law is not being taught in schools," says the end of CARMMA's video. "It's time to rewrite our history books."

The video ends with a link to a CARMMA petition that it says seeks to rewrite Philippine history books to include the Martial Law era's full story.

CARMMA says it aims to "remind the public of the widespread human rights violations that were perpetrated by the Marcos fascist dictatorship."

It also "aims to torpedo the VP aspiration of Bongbong Marcos through public information and mass actions that will hound Marcos wherever he goes."

Martial Law Carmma Marcos
Your Guide to Thriving in This Strange New World
Staying
In? What to watch, what to eat, and where to shop from home
OR
Heading
Out? What you need to know to stay safe when heading out