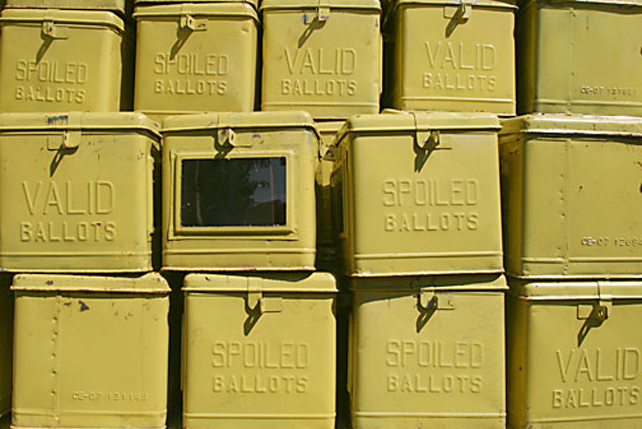 Which candidate is your match? Take this quiz to find out

Seems #PiPoll is a little bit like a matchmaker. 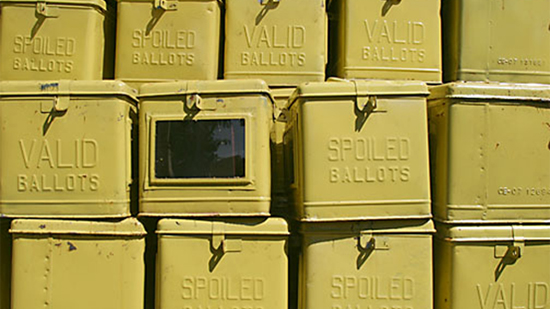 (SPOT.ph) The May 9 polls are only a few days away, but maybe some of you are still undecided about who to vote for. Well, now there’s a website that'll help you be more confident in casting your ballot. A site called PiPoll wants to help Filipinos know which election candidates they are compatible with, and therefore worthy of their votes.

"Instead of getting lost in all the propaganda and rhetoric, we want to ask you where you stand on the issues—and after which, we will show which candidates share your views," according to the site's main page. 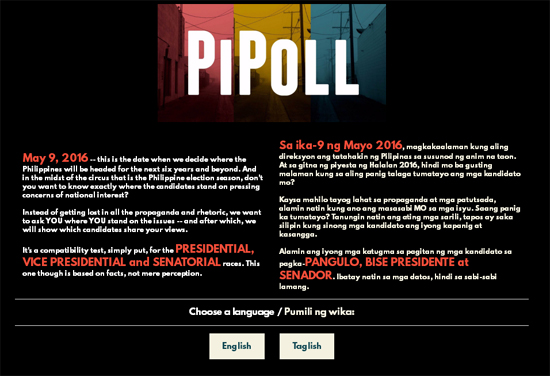 It describes its offerings as a compatibility test "based on facts, not mere perception."

PiPoll says it uses news reports from different sources that detail what presidential, vice presidential, and senatorial candidates have to say on a variety of socio-political issues.

"Wouldn't you want to vote for the candidates who will push for and support legislation on issues that matter the most to you?" the site asks before you proceed to choose which among the three tests you'd like to answer.

Sample items for the president and vice president compatibility tests include:

For each question, the test-taker is asked if he or she agrees or disagrees with the item, and the degree of importance he or she places on the item.

For the compatibility tests involving senatorial candidates, meanwhile, a list of advocacies are presented, and the test-taker will be asked to rate the importance of each advocacy to him or her, on a scale of zero to five. Advocacies include anti-corruption, tax reform, good governance, human rights, and poverty reduction, among others.

Elections Pipoll
Your Guide to Thriving in This Strange New World
Staying
In? What to watch, what to eat, and where to shop from home
OR
Heading
Out? What you need to know to stay safe when heading out