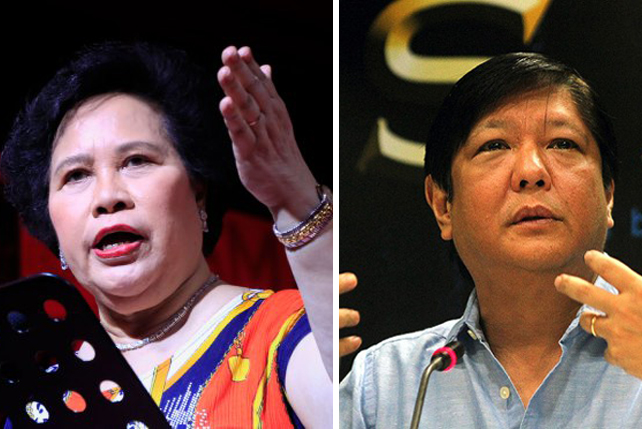 She might also be finding it hard to be objective, presumably? 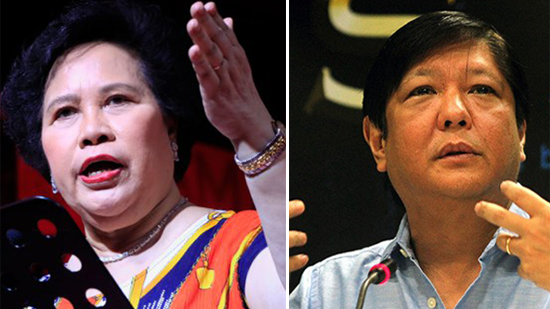 "I find it astounding that Marcos should have led in the vice-presidential surveys for many months, until the penultimate month, when suddenly the administration could jump up survey results to finally overtake him," said the feisty senator in a statement on Wednesday May 11, according to the Philippine Star.

"This is an eventuality that will cause the peoples of the democratic world to shake their heads and question the values of the society it produced," Santiago also said.

Sen. Bongbong Marcos’s camp had earlier alleged that the ongoing partial and unofficial counting of votes was "alarming and suspicious." Robredo, meanwhile, said the cheating allegations were unfair.

The son and namesake of the late dictator thanked Santiago for supporting his claims.

“I thank my presidential running mate, Sen. Miriam Defensor-Santiago for her statement in support of the concern we raised earlier on the apparent manipulation of survey results in a bid to mislead the people into believing a supposed last-minute surge in the popularity of administration candidates,” Marcos said.

Bongbong Marcos Elections 2016 Leni Robredo Miriam Defensor Santiago Vice President
Your Guide to Thriving in This Strange New World
Staying
In? What to watch, what to eat, and where to shop from home
OR
Heading
Out? What you need to know to stay safe when heading out