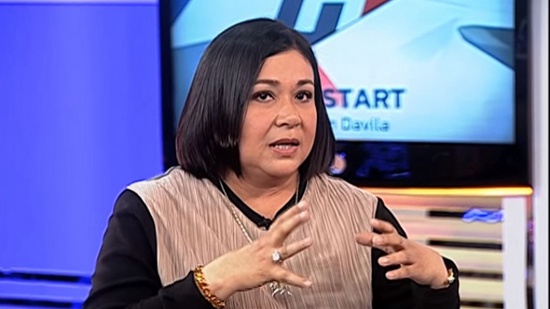 A Twitter post by comedian and entertainment reporter Ogie Diaz announced that Mariel Rodriguez is expecting another baby. The TV host suffered two miscarriages in 2015; she and her husband, Robin Padilla lost what could have been triplets during her second pregnancy. So far, the couple have yet to confirm the news.

4. Grilled cheese tacos are ready to rock your taste buds

A cooking blog called The Food in my Beard has created the ultimate fusion of satisfying comfort food: Tacos and grilled cheese. The cheesy hybrid replaces tortillas or taco shells with grilled cheese sandwiches, with a taste creator Dan Whalen described as "[what] you would expect." It's not available in restaurants just yet, but he wrote a recipe so you can try it at home.

Instagram has dropped its vintage camera logo in favor of a white camera outline set on a gradient background made up of sunset colors. The new design, which was created by Ian Spalter, "reflects how vibrant and diverse your storytelling has become." Its interface now has a "flatter" design, with a black font and red notification. These changes "puts more focus on your photos and videos without changing how you navigate the app."

The camp of Makati mayoral candidate Romulo Peña Jr. is set to file an appeal with COMELEC over alleged irregularities in the local elections. When asked about his evidence, Peña brought up issues of vote buying, as well as documents and a video that might prove that a vote-counting machine had been tampered with. Although he didn't disclose any names, his supporters are pointing at the camp of Abigail Binay, who was proclaimed the winner on Tuesday.

According to Rodrigo Duterte's spokesman Peter Laviña, the presumptive president is considering attending a gathering of Association of Southeast Asian Nations (ASEAN) leaders in Brunei this August. "This will be a good opportunity to meet everyone as soon as possible and convey that the new administration is ready and fully supportive of the ASEAN integration," he explained. He added that they are also reviewing protocols on paying official state visits to fellow ASEAN leaders.

8. Cayetano concedes to Robredo, proclaims her the winner

Sen. Alan Peter Cayetano has conceded to leading vice presidential candidate Camarines Sur Rep. Leni Robredo. In a statement, Cayetano also proclaimed her the winner of the race, saying Robredo, by all accounts and with 96% of the votes tallied, "is our country's presumptive Vice President-elect. Rep. Leni is not only leading the race, she has clearly won it." He also called on all candidates and the people to rally behind Duterte and Robredo.

9. A Beginner's Guide to Art Exhibits in Manila

Art doesn't have to be intimidating! If you're looking to try a little art-hopping around the Metro, we show you the ropes in art appreciation.

10. 10 Cool Travel Bags for Your Next Vacation

The summer season calls for beach trips and out-of-town getaways. The next time you plan a quick vacation, pack all your essentials in these cool, eye-catching bags.