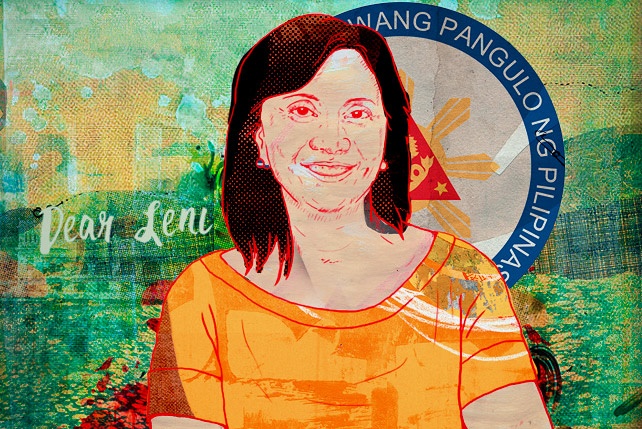 A letter to the presumptive vice president, from someone who was there when it all began.

You did it. You did it! From one percent in the early surveys when your name was being tossed around as a possible candidate, all the way to Vice President.

While other candidates could barely contain their ambition, you had been the hesitant one. You were the second choice of your political party, the only candidate who was not a senator, the only candidate without national recognition, the only woman. At the time, the leader of the pack was way ahead, 44 percent in the surveys. It would be a long hard climb for you.

Your daughters did not want you to do it. When Jesse’s political party had asked you to run for Congress three years ago to help unite the party, you were hesitant back then too. After all, Jesse had just died a few months earlier, and you were both father and mother to your girls. If given a choice, they would have kept you all to themselves. But they were Jesse’s girls. They knew what he would have wanted. They had grown up with him as Mayor of Naga, had survived his moving to Manila on weekdays to work with the President as his Secretary of Local Government. So they reluctantly agreed to your running for one term, to serve your people.

I remember when we had dinner with you in Naga back then, after our book signing for Simply Jesse. You had already campaigned all morning from the break of dawn and then signed books in the afternoon. Still, after our meal, you headed off to still more late-night sorties in jeans and tsinelas, carrying a small battery-operated speaker with a clip-on microphone, that would be easily overwhelmed by the high-tech sound systems of your well-entrenched rival. They never saw it coming, but you won by a landslide, 80 percent of the vote.

This time, you were running against much more seasoned rivals, scions of political dynasties, candidates with experience running campaigns on a national scale.

You were clearly the underdog.

But from the day you and your girls decided you would do it, you all threw yourselves into the fray completely, with your hearts, souls, and entire beings. Aika resigned from her own government job and went from end to end of the archipelago. Tricia and Jillian headed to their own sorties right after classes, still in their school uniforms. Among all the candidates for President and Vice President, you, Leni, were the one who had visited the most provinces, the most towns and barangays in our entire country.

You reached out to our fellow Filipinos in the countryside, in outlying islands, deep in the hinterlands.

I’ve listened to your talks at a number of your sorties. Unlike other candidates, you never made any promises. Instead you told them your story, you shared your life with them.

You told them about how your father, a judge, had wanted you to become a lawyer. But then the EDSA Revolution happened the year you graduated from UP Diliman, and, bursting with nationalistic fervor, you decided to work in government. So you went back to Naga where you worked for a boss who shared your idealism and love of country. His name was Jesse. After you married him and started a family, you went back to law school. And, during the decades Jesse served as mayor, you worked in the background, as a lawyer for the poor and the marginalized, and a champion for women.

This is the story you told people all across the country. Every single day, from dawn till dusk and into the wee hours of the morning, your smile always bright, your demeanor, calm, even when you severely lacked sleep, the dark bags beneath your eyes betraying you.

You made no promises, but you wanted people to get to know you as a person. To understand how you had been living your life, and how you planned to continue to live your life, in the service of the Filipino people.

That was the story we, your supporters, told other people too. We went from house to house, palengke to palengke, sharing your story, the life story that inspired us to want to be better citizens, just like you.

As more and more people listened to your story, we watched your numbers inch up slowly but surely.

All the way to the top.

We watched you, the shy, grieving widow inch out from your husband’s shadow and blossom into a pillar of strength, a woman of your own, one who fought long and hard against repeating the darkness of our shared history, one who we know will work hard to help make our country a better one.

We know how you will continue to fight for the poor and the oppressed, to give them hope, to help make their lives better.

We know how you, as a woman, will continue to protect other women, fighting for our rights, not allowing anyone to marginalize us or belittle us, making sure we are treated with respect.

You made it, Leni. From one percent to Vice President. The best woman won. The only woman won.

The eyes of the world are now on you. And we are right behind you. We are here for you and your girls.  We are here to help you and our President heal our divided country.

Election Elections Leni Robredo
Your Guide to Thriving in This Strange New World
Staying
In? What to watch, what to eat, and where to shop from home
OR
Heading
Out? What you need to know to stay safe when heading out