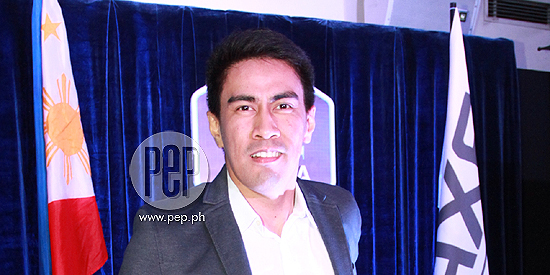 Nominees for the Gawad Urian awards, Duterte says he will free political prisoners, and more.

To quickly refresh your memory, Ramon Bautista drew the ire of Davaoeños and Paolo and Sara Duterte during the Kadayawan Festival in 2014 when he jokingly compared the women in Davao to hipon. Despite two public apologies, he was declared persona non grata. In an interview with TV-5's Kontrabando, Rodrigo Duterte said that he had tried dissuading his children. "Sabi ko nga, pati sa mga anak ko, nag-sorry na kasi," he said. "Tama na 'yon. Kasi kung sinabi mo na hindi siya papuntahin sa Davao, you cannot do that, he's a citizen of the republic."

2. Dingdong Dantes to do a movie with Star Cinema

Kapuso talent Dingdong Dantes has confirmed that he will be part of an upcoming Star Cinema film alongside Paulo Avelino and Angelica Panganiban. The Unmarried Wife will reportedly tell the story of a woman torn between her husband and her lover. No release date has been set, but it will be directed by Maryo J. De Los Reyes. This marks the fourth Star Cinema movie for Dantes, including One More Try in 2012 and She's The One in 2013.

The nominees for the 39th Gawad Urian Awards were announced on Tuesday, May 17, with Honor Thy Father leading the pack with nine nominations (including Best Picture, Best Actor for John Lloyd Cruz, and Best Director for Erik Matti). Heneral Luna also earned nine nods, including Best Picture. Best Actor for John Arcilla, Best Director for Jerrold Tarog, and Best Screenplay. The awards night will be held on June 21 at the Kia Theater.

4. Groom divorces bride on wedding night because she was too busy texting

A Pakistan-based couple has made headlines after the groom divorced his wife on their wedding night because she was too busy texting instead of...uh, consummating their marriage. "When he asked her if her friends were more important than he was, the bride answered that they were," said a relative. Despite efforts to reconcile their marriage, the groom insisted that it was over.

5. These vibrating shoes promise to give you directions

EasyJet, a budget airline based in the U.K., has debuted a prototype of smart shoes for travelers dubbed "Sneakairs." The shoes come with software that can be connected wirelessly to your phone, and directions will be delivered to you via vibrations. Left and right shoes vibrate once to tell you where to turn, two buzzes on both feet mean you're lost, and three buzzes for when you’ve arrived at your location. There's still no word on whether the shoes will be up for commercial sale.

Inquirer Lifestyle Arts and Books editor Lito Zulueta reported via Twitter that award-winning sculptor Eduardo Castrillo died this morning, 10:45, May 18. He was the artist behind the "People Power Monument" (1993) along EDSA, between Camp Aguinaldo and Cortinthian Gardens. He also created the brass "Spirit of Pinaglabanan" (1974) in San Juan and the Pieta outside Loyola Memorial Park in Parañaque.

The Metropolitan Manila Development Authority (MMDA) is in full support of presumptive president Rodrigo Duterte's idea to implement a speed limit of 60 kilometers per hour on vehicles passing through Epifanio Delos Santos Avenue. The measure, which is already in effect in Davao City, is part of the new administration's efforts to eradicate overspeeding and drunk driving. "We have to discuss this with incoming president (Duterte). For now, hindi naman daw ganun ang takbo natin. Wala nang rush hour sa EDSA, the whole day is rush hour. The average annual speed on EDSA is 26 to 27 kph,” MMDA Traffic Discipline Office head, however, said.

From sweet yet low-key shoots to more grandiose and over-the-top shots, we round up 10 celebrity prenup photoshoots that are both romantic and memorable.

We love salted egg on savory dishes, but there's just something about a sweet-salty combination. We found the 10 best places for this special treat.