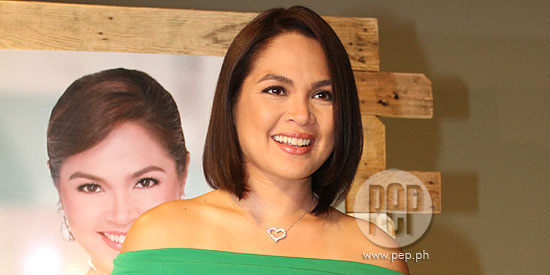 A flexible smartphone, a crane collapses in Makati, and more.

Four months after giving birth, Judy Ann Santos is making a showbiz comeback in an upcoming Cinemalaya entry. Plot details have yet to be revealed, but the film, entitled Kusina, will also star Joem Bascon and Luis Alandy. The movie will be directed by Cenon Obispo Palomares and David Corpuz.

According to Athena Film Festival artistic director Melissa Silverstein, the upcoming Wonder Woman standalone film starring Gal Gadot has already set a new record for being "the first movie that a woman has directed—a live-action movie—with a U.S. $100 million budget." The film is directed by Patty Jenkins, who is best known for her film Monster, the movie that gave Charlize Theron her Oscar-winning role. Wonder Woman is set for release in June 2017, and also stars Chris Pine, Robin Wright, and David Thewlis.

PEOPLE Magazine has confirmed that Amber Heard has filed for divorce from Johnny Depp after just 15 months of marriage. The actress cited "irreconcilable differences," but is asking for spousal support. The two were married in February 2015 after meeting on the set of their 2011 film, The Rum Diary. They went public with their relationship a year after Depp announced his split from his partner of 14 years, French actress Vanessa Paradis.

4. The first flexible smartphone may be released this year, but there's a catch

Chinese startup company Moxi Group has unveiled plans to release the first flexible smartphone...but there's a catch. The phone, which contorts on the wrist like a watch, will only be sold in China, and will feature a black-and-white display (similar to a Kindle). If there's a high demand for the phone, the company will reportedy consider an overseas release. However, a color display won't be available until 2018.

5. This art museum prank is a must-see

Two visitors in an art museum recently went viral on Twitter after they shared photos of a little prank they pulled in the venue. The two left a pair of glasses on the floor, which led everyone to think it was part of the museum's exhibit. Several passersby ogled and even took photos of it.

6. Duterte to reshuffle all personnel in PNP, NBI

In a press briefing in Davao City, incoming president Rodrigo Duterte said he will order the reshuffling of personnel in the Philippine National Police, National Bureau of Investigation, and other law enforcement agencies across the country. "When I reshuffle, I don't reshuffle officers. Lahat from the chief of police down to janitor,” he announced. He will do the same to the jail personnel of the national penitentiary to curb the rampant manufacture of drugs inside the prison.

7. No-show passport applicants to be banned for 30 days

Starting June 1, applicants who will not show up on the date of their online-scheduled passport appointment will not be able to re-apply for 30 days. Department of Foreign Affairs Secretary Jose Rene Almendras said that this will minimize the two-month waiting period for hundreds of other applicants. “People complain it takes two months to take a slot to be interviewed. Statistics showed that 47% of people who applied for appointment do not show up,” the Foreign Affairs chief said.

A crane collapsed in a construction site along H.V. dela Costa Street in Makati on May 26 at 7:50 a.m. It affected electric posts, high tension wires, a taxi, and a parked car. A.M. Oreta Construction Company will be shouldering the medical expenses of the two individuals who suffered minor injuries because of the incident.

Beautiful people come in all shapes and sizes. We round up the different types of gwapo, ranging from the guy who makes you laugh to the one who has killer abs.

And just like that, May is already winding down! We bid goodbye to summer with some of the best dishes we ate this month, from gooey grilled cheese to comforting Mexican enchiladas.