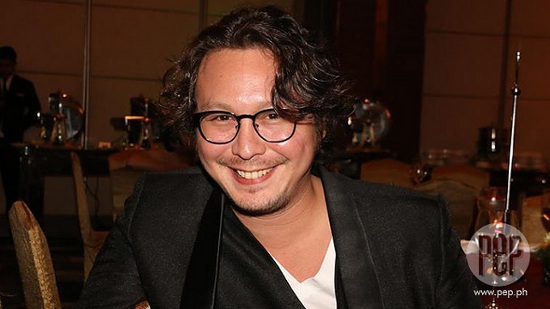 Baron Geisler, Kiko Matos to face off in MMA fight + more things you might have missed today

1. Baron Geisler, Kiko Matos to face off in MMA fight

It's really happening. After Baron Geisler and Kiko Matos figured in a bar brawl over the weekend, the two actors will reportedly settle their differences inside an MMA ring. Universal Reality Combat Championship president Alvin Aguilar confirmed that the two will face off inside the Universal Reality Combat Championship (URCC) cage at the Palace Pool Club on June 25. The two will compete in the pro-am division of URCC Fight Night, alongside another main event between two URCC pros.

Dean Cain, best known as Superman for '90s kids, is headed to ToyCon Philippines. The actor will be part of the three-day event at the SMX Convention Center from June 10 to 12. Other famous faces joining the event are Game of Thrones actor Kristian Nairn (who plays Hodor), R&B singer Frankie J, and Thai heartthrob Mario Maurer.

Prolific Japanese animator Makiko Futaki has passed away from an unspecified illness at the age of 57. Futaki worked on all of Studio Ghibli's most popular films, including the 2002 Oscar-winner Spirited Away. She was part of Studio Ghibli for 30 years, including working in director Hayao Miyazaki's productions such as Howl's Moving Castle and Princess Mononoke.

Star Wars fans, consider this video an adorable pick-me-up on an extra-gloomy Tuesday. A group of young violinists (dressed as padawans, of course) put on an amazing tribute performance of theme music from the popular sci-fi franchise. The best part? Their violin bows are lightsabers!

5. Anti-refugee German lawmaker takes a cake to the face

A member of the “Anti-Fascist Initiative ‘Cake for Misanthropists’” reportedly shoved a chocolate cake in the face of German left-wing politician Sahra Wagenknecht. The lawmaker supports limiting the number of refugees entering Germany. This wasn't the first cake-throwing incident in parliament: In February, a member of the anti-immigrant Alternative for Germany party also met a similar fate from protesters.

Three witnesses were brought in by Council of Philippine Affairs secretary-general Pastor Boy Saycon on Monday, May 30, hours before the proclamation of President-elect Rodrigo Duterte and Vice President-elect Leni Robredo. They admitted that they were part of an alleged poll-rigging operation to favor candidates of the administration. Commission on Elections Chairperson Andres Bautista expressed doubts and said in a radio interview on Tuesday, May 31, "If they really have evidence of fraud, why did they come out only now? It has been three weeks since the elections. They should have come out immediately."

President Benigno Aquino III signed into law the Customs Modernization and Tariff Act. This raises the tax exemption ceiling for balikbayan boxes from the current P10,000 to P150,000. Sen. Sonny Angara, chair of the Ways and Means Committee and sponsor of the bill, said that this is part of the administration's effort to "overhaul and modernize the bureau" and "lessen the discretion of the customs officials to inspect goods and collect taxes, thus minimizing cases of corruption and smuggling."

8. China hopes to restore relations with the Philippines

China President Xi Jinping sent a congratulatory message to incoming President Rodrigo Duterte on Monday evening, May 30. Reuters reports that the Chinese president hopes "to push Sino-Philippine relations back onto a healthy development track." The two countries are currently in a territorial dispute for ownership of islands in the West Philippine Sea.

From huggable Shih Tzus to pretty golden retrievers, these 10 local celebrities aren't afraid to show some IG love for their furry friends.

There are many things from Philippine history that you might have missed during history class, so here are some interesting facts to take you back through time.