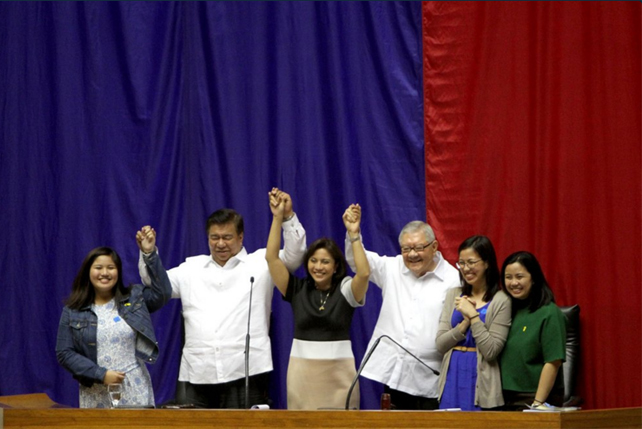 Black looks good on her, too. 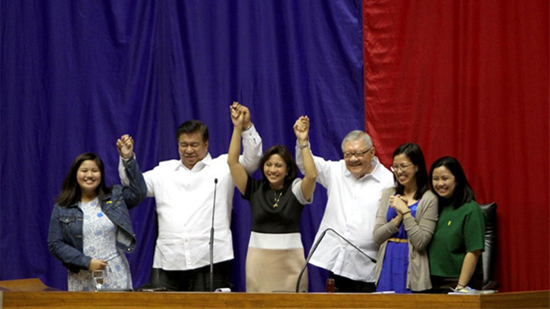 (SPOT.ph) Rumors about Vice president-elect Leni Robredo’s political affiliation circulated after she wore a black dress to her proclamation on Monday, May 30, instead of the Liberal Party’s symbolic yellow.

Robredo explained that it was just a simple issue of her not having enough yellow dresses to wear for the occasion, according to the Philippine Daily Inquirer. “It just so happened I only have two yellow dresses. I have many yellow T-shirts but [as for] clothes that I can wear to the office, I only have two,” she said adding that she doesn’t really like wearing colors that would make her appear darker.

Robredo also clarified that despite the rumors of her jumping ship, her loyalty remains with the Liberal Party (LP), adding that she remains in touch with outgoing President Benigno Aquino III. “He sent me a text message congratulating me after the canvassing was over but we still haven’t really spoken lengthily again,” she said.

Robredo was asked to be the LP's vice presidential candidate and Mar Roxas' running mate after the party's first prospect, Sen. Grace Poe declined and later on ran for the presidency.

Leni Robredo Vice President
Your Guide to Thriving in This Strange New World
Staying
In? What to watch, what to eat, and where to shop from home
OR
Heading
Out? What you need to know to stay safe when heading out