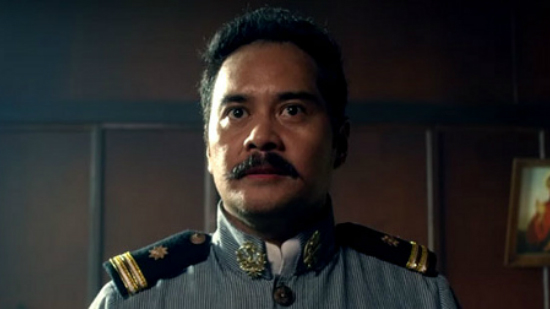 Watch Justin Bieber get into a fist fight, Bulusan Volcano erupts on Friday morning, and more.

1. Heneral Luna is airing on TV this weekend

For the first time ever, the critically acclaimed Heneral Luna, which stars John Arcilla in the titular role, is headed to TV. The film will be aired on ABS-CBN on Saturday, June 11, after MMK. The question is: Will they keep all the swear words? On June 12, the channel will also air Bonifacio: Ang Unang Pangulo, starring Robin Padilla.

Ghostbusters isn't the only film that's getting an all-female reboot, Now, Ocean's Eleven is confirmed to have its own all-female heist movie starring Sandra Bullock as the leader of the group. She will be joined by other big names, including Cate Blanchett, Mindy Kaling, and Helena Bonham Carter. According to The AV Club, the movie is a continuation of the franchise; Bullock will be George Clooney's "ex-con sister" who will lead a heist into the Met Ball.

3. Watch Justin Bieber get into an epic fist fight

Just when we thought it was cool to like Justin Bieber again, here he goes making us change our minds. On Friday, June 10, TMZ shared footage of the pop star getting into a fist fight outside his hotel in Cleveland. If you're wondering who won, the Biebs' bouncers sadly intervened before it got that far.

Facebook is reportedly testing a new feature that allows its users to post to the site's news feed, but not their timelines. Originally, users already have the option to "hide" posts on their timeline via the Activity Log, but it looks like Facebook will be implementing a more streamlined option. A spokesperson confirmed the upcoming change, saying that the new feature will "make it even easier to control where your posts live."

A two-year-old seagull tripped into a container of Chicken Tikka Masala at a food factory in Wales, United Kingdom and soaked its white and gray feathers into the orange-colored gravy. Despite the efforts of the rescue workers, the turmeric, one of the ingredients of the sauce, caused an irreversible stain on the bird's feathers.

Mt. Bulusan in Sorsogon province erupted today, June 10 at 11:35 a.m. Philippine Institute of Volcanology and Seismology reported that they have recorded 16 volcanic earthquakes in the past 24 hours, two of which occurred at 9:12 a.m. and 10:27 a.m. The eruption produced a grayish ash column that rose up to three kilometers above the summit. It is now on Alert Level 1.

American President Barack Obama endorsed Democractic presidential nominee Hillary Clinton through a web video on Thursday, June 9. "Honored to have you with me, @POTUS. I'm fired up and ready to go!" Clinton wrote on her Twitter account.

9. 10 Restaurants You Need to Try This June

It's a new month, which also means an all-new roster of restaurants for you to check out. Ready your appetites! (Spoiler: There are two grilled cheese places you should definitely try.)

Who says the MLBB trend is over? A sexy, nude pout is the easiest way to flaunt a classy and sophisticated look without going over the top. We round up 10 nude lippies that won't break the bank.