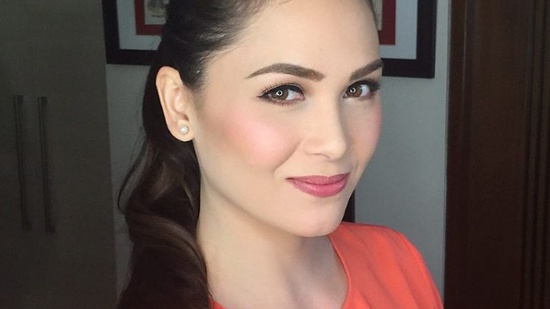 Kristine Hermosa abruptly left the spotlight in 2010, at the height of her showbiz career, and tied the knot with Oyo Sotto a year later. Now, the actress is set to make a comeback with an upcoming sitcom in GMA Network alongside her husband, together with Vic Sotto and Ai-Ai delas Alas. In an interview with the press, she explained the reason behind her hiatus, saying she wanted to be a hands-on mom. She added that she has no interest in doing any drama projects for now, saying, "Napagod na ako. Taon-taon dati na parang in a year, nakakailang drama ako. Sa movie, drama rin. Na-burn out na rin siguro."

After the shocking death of former The Voice contestant Christina Grimmie, her coach, Adam Levine, has reportedly offered to shoulder the costs of her funeral. Grimmie's manager earlier started a GoFundMe campaign to help support the late singer's family "in their time of need." As of writing, the campaign has earned about U.S. $145,000, well exceeding its goal of U.S. $4,000. The 22-year-old Grimmie was shot and killed on June 10 while she was signing autographs for fans; the lone gunman fatally shot himself afterward.

3. Superman is the "best superhero" according to science

According to a seven-year study conducted at the University of Leicester in the U.K., science finally has an answer to which superhero is the best. The study, which used scientific principles, students ranked superheroes on the probability of who would win in a fight. It basically concluded that Superman is the "best-equipped," closely followed by Wolverine, Thor, and Mystique. The most ill-equipped? Batman, which would either please or upset you, depending on how you feel about the Caped Crusader.

Although a title has yet to be announced, Alden Richards and Maine Mendoza took to their respective social media accounts to share the first poster of their upcoming romance film. Plot details are still under wraps, but we do know that the movie will be released in July to celebrate their first anniversary as a couple on Eat Bulaga's KalyeSerye.

5. A mother gets her eyebrows on fleek before C-section

A blogger and makeup artist named Mollie Hardwood made headlines for getting her eyebrows tinted before going into delivery. Instead of lying in her hospital bed and waiting for her C-section, she wandered around the hospital to pass the time and came across a beauty salon. She posted several videos of herself on her Facebook page, Mollie Makeup, including one with her lounging in the salon with peel-off-tint on her brows.

A 29,104-ton cargo ship under Alpha Ship Management Corp. ran aground in Daanbantayan town, located in northern Cebu. The incident damaged nearly three hectares of coral reefs in the famous diving destination. The Philippine Coast Guard Cebu Station is still conducting an investigation to determine the cause of the accident.

The Supreme Court has dismissed separate petitions filed by Janet Lim Napoles, her daughter and son-in-law, and lawyer Jessica Gigi Reyes contesting plunder charges filed against them over the pork barrel scam. The Supreme Court (SC) dismissed their petitions for lack of merit, which led them to file a motion for reconsideration, which was then denied today, June 14.

On Tuesday, the Palace condemned the "brutal and senseless" murder of Canadian hostage Robert Hall who was beheaded by Abu Sayyaf bandits after being held captive for nine months. In a statement, Communications Sec. Herminio Coloma Jr. said, "We extend our deepest sympathy and condolences to his bereaved family" and reiterated the administration's resolve to "put an end" to the group.

You learn your arithmetic and ABCs in school, but when it comes to all-girls schools, there's always those pesky rules that seem a bit much when you look back now. Which ones did you hear back then?

There was a time when we didn't need to head to shopping malls to have a day of fun. We round up 10 nostalgic snapshots of Metro Manila's parks and plazas.

With additional reporting from Ysabel Abad