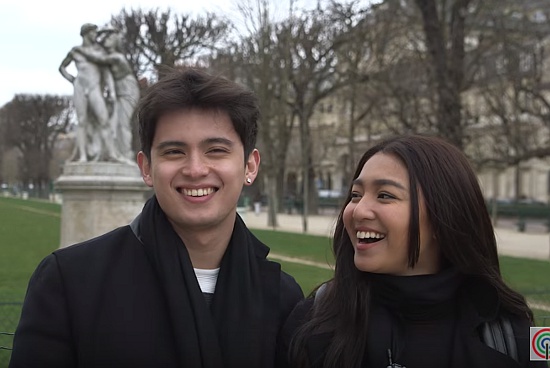 1. James Reid, Nadine Lustre may be headed to Teen Vogue

Get excited, JaDine fans! According to a report from ABS-CBN, James Reid and Nadine Lustre were photographed being interviewed by a writer from U.S.-based magazine, Teen Vogue. It is still unclear when the story will be published, or if it will be part of the magazine or its online counterpart. The real-life couple is still currently on their world tour.

2. Calvin Harris "did not know" about Taylor Swift and Tom Hiddleston

According to PEOPLE, an unnamed source alleged that Calvin Harris "did not know" about the budding (and quite sudden) romance between Taylor Swift and Tom Hiddleston. However, the magazine also quoted a "friend" of Harris saying he "has moved on and is happy." The DJ has unfollowed Swift on social media, as well as deleted posted photos of them together.

Congratulations are in order for Mila Kunis and Ashton Kutcher! The celeb pair is reportedly expecting a second child, but have yet to announce its gender. The two are doting parents to their 20-month-old daughter, Wyatt Isabelle.

4. Would you try a doughrito?

A California-based restaurant called Surfin' Donuts has somehow combined two of your favorite things in one strange-sounding dish: Donuts and burritos. It's actually your usual sugary donut filled, not with the usual cream or jelly, but with a breakfast burrito. It sounds pretty deadly to us.

5. Seventy people gather in Seoul to do nothing

About 70 people joined South Korea's annual Space Out Competition at Ichon Hangang Park in Seoul. The event, which started in 2014, was spearheaded by visual artist WoopsYang. "I was suffering from burnout syndrome at the time, but would feel extremely anxious if I was sitting around doing nothing, not being productive in one way or another," she told Vice. The result was a sport where contestants have to stare off into space for 90 minutes—no phones, no talking, no checking your watch, and no dozing off.

President Benigno Aquino III rejected a proposed law that seeks to increase the minimum monthly salary of nurses to almost P25,000. In a statement from Malacañang, the president explained that “to grant the proposed increase will not only undermine the existing salary structure of medical and health care practitioners, but will also cause wage distortion not only among health professionals but also among other professionals in government.”

Sen. Antonio Trillanes IV agreed with the idea to declare Martial Law in Sulu to exterminate the Abu Sayyaf Group. “This was successfully done after the Maguindanao massacre so there’s already a template to its local application,” he said on Thursday, June 16. He clarified, however, that it should only be for a “prescribed period.”

It's Father's Day on Sunday! We round up 20 last-minute gift ideas that won't burn a hole through your wallet.

There are plenty of cafes, restaurants, and bars in the Metro where the LGBT community can be who they are. We hope that someday, all places will be safe for everybody.