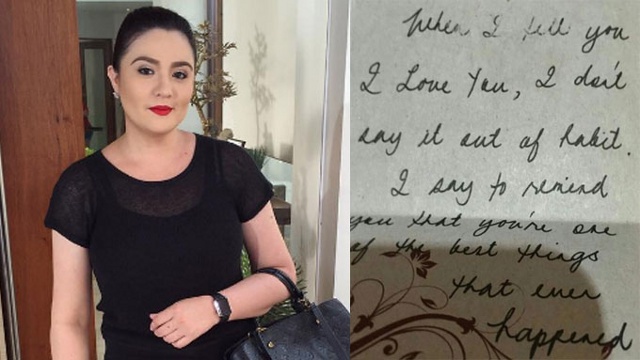 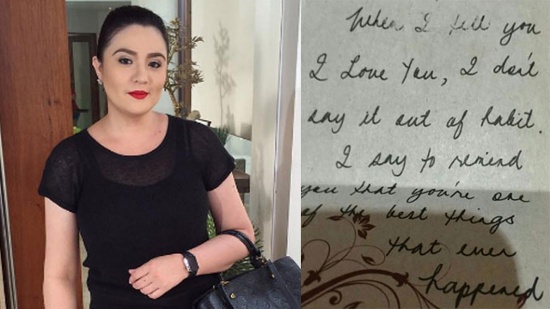 In a report from 24 Oras, actress Sunshine Dizon has filed a complaint against her husband, Timothy Tan, over violations of R.A. 9262 or the Anti-Violence Against Women and their Children Act of 2004. According to her legal counsel, Dizon has evidence of Tan's infidelity and alleged domestic abuse, as well as proof that he has been living with the "third party" since January. Dizon previously called out her husband's affair in a series of posts on Instagram, even going as far as posting the name and photo of the alleged third party, Clarissa Sison.

Jodi Sta. Maria has confirmed that she and Cavite vice-governor Jolo Revilla have gone their separate ways. She did not go into detail about their split, but said that they "remain friends." Rumors of their breakup first began in 2015 when Revilla accidentally shot himself in the chest following the arrest of his father, Sen. Bong Revilla.

On Tuesday, Radar Online published police reports that reveal disturbing details about Michael Jackson's alleged pornography collection. The report cited several picture books, magazines, and videos of images of nude and semi-nude children that were found during a raid at the singer's Neverland Ranch. The items were also described as material "intended to groom young victims and reduce their sexual inhibitions." The report also mentioned images of "animal torture and sacrifice." Meanwhile, Jackson's family members have denied the claims, saying, "Not only is there absolutely no truth to this story whatsoever," and that they are "truly sick of this crap."

4. KFC launches meal box that can charge your phone

It's like a powerbank...with chicken? KFC India has released a limited-edition "Watt a Box" which houses customers' meals and comes with built-in outlets and cables to charge devices.  Times of India reported that KFC created the box to save customers the hassle of the "dreaded dead phone battery."

Violent storms swept through Washington, D.C. in the afternoon of Tuesday, June 21 (PST). The heavy rains flooded the Cleveland Park Metro Station and commuters had to walk through what looked like cascading waterfalls.

The Bank of the Philippine Islands announced that some of its electronic banking services will be unavailable at certain hours on June 23, 24, and 26 due to system maintenance activities. Automated teller machines, cash deposit machines, and point of sale terminals will be unavailable from 1 a.m. to 5 a.m. on June 23, while there will be a rotational schedule for June 24 and 26.

In an effort to improve mobile Internet service, Globe Telecom Inc. plans to use the 700 megahertz (MHz) spectrum for its additional 200 cell sites. The activation will be done within the next few months. "The 700MHz band is the ideal spectrum for LTE deployment due to its longer reach and better indoor penetration qualities,” Joel Agustin of Globe's Network Technical Group said in a statement on Wednesday, June 22.

Epicrianthes aquinoi, one of the two recently discovered orchid species in Mindanao, is named after outgoing President Benigno Aquino III. It was also featured on the cover of the latest volume of Orchideen Journal, which was published on Tuesday, June 21. "Epicrianthes aquinoi is endemic to the Philippines, and has so far only been found in Bukidnon province on Mindanao. It grows as an epiphyte, in open forest at elevations of about 1,220 meters,” the journal read.

Cleaning your fave white sneakers can be a headache. Luckily, we found a few helpful hacks for how to keep your white sneaks in pristine condition.

10. 10 Yummy Places for When You Want to Hide From the World

Sometimes, you just want to enjoy your meal in peace and solitude. We round up 10 restaurants that also serve as perfect hideaways for your alone-time needs.