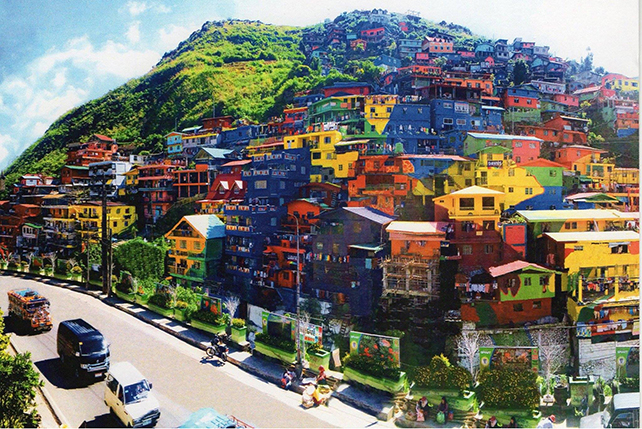 Ever wonder what happened with the plan to make La Trinidad an "art city"?

Benguet's Valley of Colors is a sight to behold. 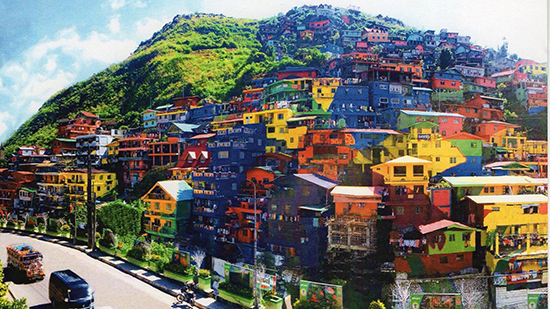 (SPOT.ph) Living up to its new moniker as the Valley of Colors, La Trinidad in Benguet is scheduled to unveil its StoBoSa Hillside Homes Artwork tomorrow, June 23. As we mentioned in January, the project was inspired by Brazil's Favela Paint Project where the shanties in São Paulo and Rio de Janeiro were given a facelift through colorful designs. The first in the country, the art project was initiated by the local tourism unit of the Cordillera Administrative Region and designed by the members of the local arts community, Tam-awan Village artists. Although it will be unveiled tomorrow, the organizers and volunteers still need around two months to complete it.

A few fun facts about the project:

The art project transformed three sitios of Barangay Balili in La Trinidad. These are Stone Hill, Botiwtiw, and Sadjap.

As of writing, 180 houses have all been painted just in time for the unveiling activity.

The giant mural was finished in 80 days since it started on January 18. The sessions included painting training.

It took 1,000 gallons of primer paints and 500 gallons of colored paints to design StoBoSa Hillside Homes. They will be needing 1,300 gallons more to complete the project. Davies Paints provided all these for free.

The residents of the three villages, local artists, and members of volunteer groups—all 520 of them—put together their hands to make one giant work of art.

La Trinidad Benguet Baguio Art City
Your Guide to Thriving in This Strange New World
Staying
In? What to watch, what to eat, and where to shop from home
OR
Heading
Out? What you need to know to stay safe when heading out