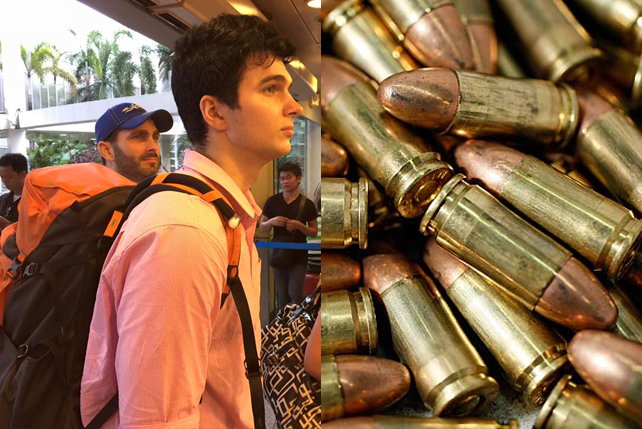 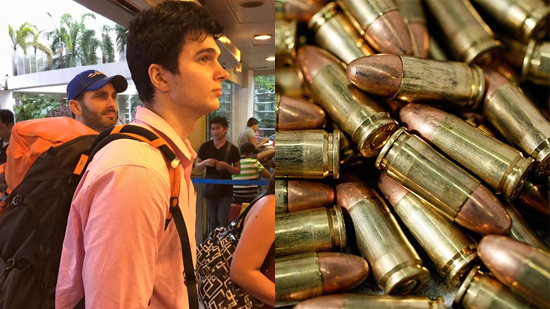 (SPOT.ph) The Department of Justice today dismissed charges against six airport employees, four of whom are police officers, in connection with the alleged "Laglag Bala" extortion scheme at the Ninoy Aquino International Airport. In a 12-page resolution, the Department of Justice (DOJ) ruled that there is "no probable cause" to charge Office of Transportation Security employees Maria Elma Cena and Marvin Garcia; and Chief Inspector Adriano Junio, SPO2 Rolando Clarin, SPO4 Ramon Bernardo, and SPO2 Romy Navarro, all from the Philippine National Police Aviation Security Group.

The complainant was American missionary Lane Michael White who was allegedly caught "carrying" a bullet in his luggage on September 17, 2015 while en route to Coron, Palawan, where he plans to build a church. He was charged and held in a detention cell for six days after paying the P40,000 bail.

CCTV footage and video evidence showed that there were irregularities committed by Maria Elma Cena and Marvin Garcia. However, as the 12-page resolution said, "There was no showing of any direct or covert act of placing, inserting, or attaching the .22 caliber ammunition inside the luggage."

The DOJ also said that Cena and Garcia could not have possibly wanted to solicit money from White as he was immediately turned over to SPO2 Rolando Clarin, and  concluded that Clarin clearly had no intention to extort money from the American missionary as he was merely showing him an official document specifying the fine of P30,000. The police officer said he showed it to White because he (Clarin) could not express himself in English.

White’s stepmother, Eloisa Zoleta, maintains that the police officers tried to extort P30,000 to P80,000 from them. She recalled that the exact statement of Clarin was, “Usually we let the possession of such items pass. We just say it’s an amulet. If we negotiate that here, it (will cost you) P30,000. But if it’s passed on to headquarters, it’s P80,000.” The DOJ, however, said he could have been referring to the fine set by law and the recommended bail for illegal possession of ammunition.

The complainants also used a statement by Bernardo as an obvious indication of extortion, which was "Kawawa naman 'yong bata masisira ang buhay niyan, kung ako sayo ma'am tulungan niyo na." This, however, was found to be not enough to say there was demand for money.

Also read: 10 Most Mind-Boggling Things the Government Has Said About the "Laglag Bala" Scheme