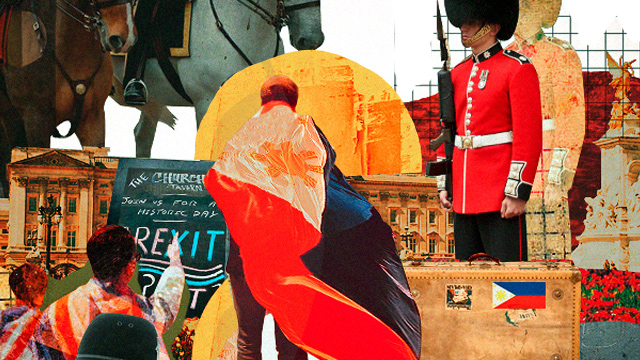 Britain leaving the EU isn't as irrelevant to the Philippines as we may think. 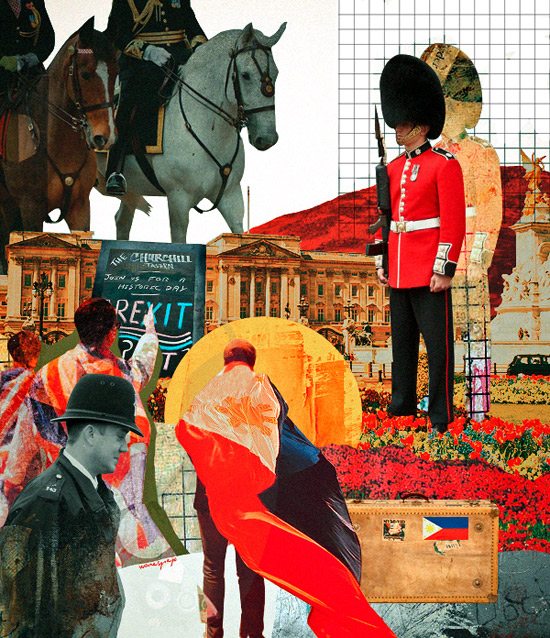 (SPOT.ph) On 1 December 1990, the British team digging the tunnel eastward towards the continent met the French team that was digging westward. They began hollering at each other as the remaining bedrock between them thinned, and a hastily assembled press was gathered to witness the moment when, with the quick thrust of a jackhammer, the wall fell and the chiefs of both engineering teams shook hands and clambered through. It was the first time that you could walk from Britain to France since the last ice age.

In the 1990s the European dream had never seemed more enticing. Tony Blair’s Britain, no longer isolated by geography, nor more importantly, by proclivity, was at the heart of the brave new Europe that was being hammered out. For the average Filipino traveler to Europe, the UK’s status as part of the EU didn’t really matter very much: it was still another tiresome visa to get; and because it never joined the Eurozone, the currency continue to be the woefully expensive pound sterling. Electricity remained at 240V, even though it had technically complied to the EU standard of 230V (but which allowed for a wiggle room of 10%), and its plugs continued to be the insanely large and heavy fused plugs that would pierce carpet slippers when trod upon.

But although Britain seemed to retain a very distinctive Britishness, its integration into the European common market had become intensely profitable for them. During this period the UK was actively recruiting labor, and many Filipinos entered the system under the classification of highly skilled migrants. The domination of UK hospitals by Filipino nurses (many of them doctors who had retrained to become nurses, because that was what they were hiring), as well as the pervasiveness of Filipino domestic workers and caregivers, date to this period.

When I moved to the UK in 2004 sterling was at a high of P100 to a pound, and the EU had just expanded its borders to include, significantly, Poland and Lithuania. The economic boom now had a seemingly endless supply of cheap, legal migrant labor to sustain it that did not have to be regulated by the Home Office, the department which polices the UK’s borders. The Poles took over the kitchens and house staff of all but the most expensive London restaurants (who continued to use French crew). They cut hair, they mended pipes and boilers, they drove the “radio taxis” which were a cheaper alternative to the cartel of London black cabs who were legally allowed to be flagged down on the street. Filipinos and the Poles often competed for the same jobs, but in general got on well: thanks to these two groups, Catholicism became the fastest-growing religion in the UK.

Anyone who believes that Brexit will have no impact on the Philippines suffers from the same isolationist mindset that led to Brexit in the first place. The vote has already had a negative impact on financial markets, including ours. The pound has fallen, but the widespread belief is that it will continue to fall more. This will not necessarily make Britain any cheaper, but because the cost of goods and services will rise, what you get for your money will be crappier.

Filipinos who are already living in Britain with a UK passport are secure in their status, but not necessarily in their jobs. A recession will mean job cuts, especially for those whose jobs are in international services (such as banking and finance), and especially if the jobs are somehow connected to Europe. Like all other Britons, they will suffer the loss of the possibility of working in 27 other countries.

The group with the most to lose are the Filipinos who are in the UK, or want to come to the UK, on a work visa or a spousal visa. The current regulations already make it extremely difficult to become a UK citizen by marriage or civil union, a directive that is unlikely to be rescinded. One of the more mind-boggling reasons I’ve seen from my Filipino friends with UK voting privileges to vote Leave was to even out the job market in order for Filipinos to get equal footing in applying for jobs: in other words, if the Poles go home, the Filipinos get in. This won’t work. The job market will be even more protectionist and isolationist, and those who do get in will find that the glass ceiling—the unspoken rule that senior managers and upwards should be white British—will be even more difficult to break through. I assume that Filipinos who migrate to the UK don’t do so in order to be cleaners and maids; access to white-collar jobs will be more difficult than ever. And as for thinking about applying to work there now, forget about it. Tier 2 visas will soon be rarer than unicorns.

Studying is another matter. The oldest universities there have survived the Wars of the Roses, the English Civil War, and two world wars, so their continuity through Brexit is probably assured. But their place in the league tables is not: especially in the sciences and social sciences, some of the best faculty are not British. The UK’s ability to attract the best minds in Europe only goes so far as the ability to provide funding, grants, and equipment. Tuition for overseas students has breached the £10,000 mark at most universities, and this is only likely to increase. Full student visas used to add on an additional year after graduation in which one was eligible to look for work; this has already been cut.

For tourists, London may become slightly more affordable because of the decline of the currency, and for those who just want to see Buckingham Palace and take a side trip to Stonehenge this will be in their favor. But part of what makes London such an exhilarating city to visit is the vibrant multiculturalism of the place, that manifests itself in great restaurants, concerts, theater, art exhibits—all of which would be snuffed out by a recession. From being a global city that could challenge New York for sheer energy and panache, London will go back to being cold, sodden, and infuriating—and nothing more.

London and the rest of the UK will be in chaos and living on weak tea and stale sandwiches for some time to come. It is almost inevitable that Filipinos there whose permanent status is still pending will have to come home, which may be for the best given the circumstances. The warmth of the welcome from a place that was kind to so many Filipinos, myself and my family included, has definitely turned frosty.