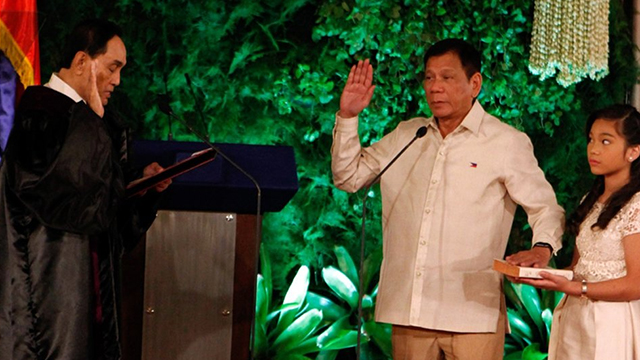 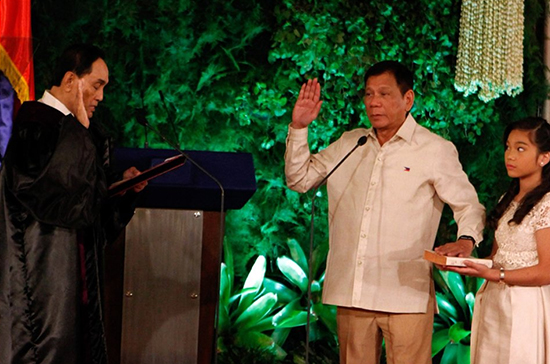 (SPOT.ph) Today, June 30, could easily be considered one of the most notable days in the recent history of the Philippines as it is the day that Rodrigo R. Duterte took his oath of office at high noon. Everything was well planned—from security, to Filipiniana attire, to the guest list, and to the speech carefully composed by Communications Secretary Martin Andanar. The secretary has claimed that it's “one of the best.”

But in the middle of all the formalities, there were the (mostly) blink-and-you'll-miss-them awkward moments that made the spectacle a little more memorable. 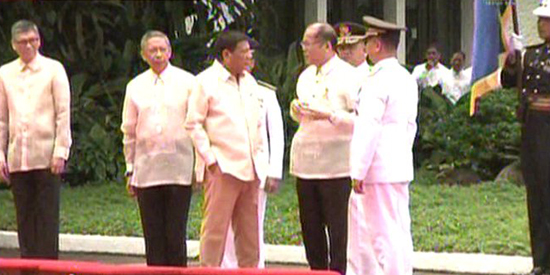 In a sea of black pants and military formal wear, Duterte sported khaki pants with his barong—a little less formal than black, perhaps, but a step up from the usual jeans-and-plaid shirt combo.

When it was too obvious that Leni wasn't there

To begin his speech, Duterte acknowledged the presence of former Presidents Fidel Ramos and Joseph Estrada, Sen. Pres. Franklin Drilon, House Speaker Feliciano Belmonte, the diplomatic corps, and a number of others. But wait, where was the vice president? Oh, she wasn't invited. 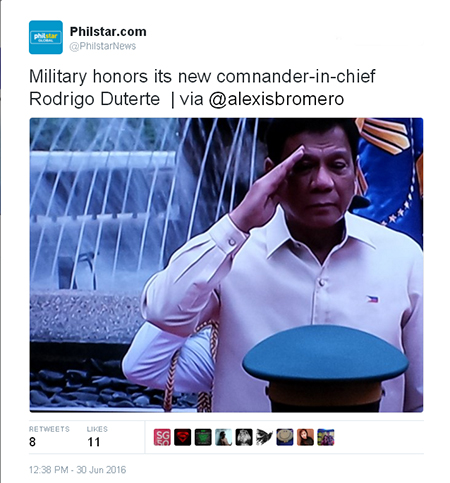 The salute that made him look like he had a headache

Someone give the president some paracetamol.

When Duterte looked at his watch while on stage

Maybe the president was feeling the lull, too? Well, the 1987 Philippine Constitution did say "have a term of office of six years beginning at the noon of the 30th day of June." 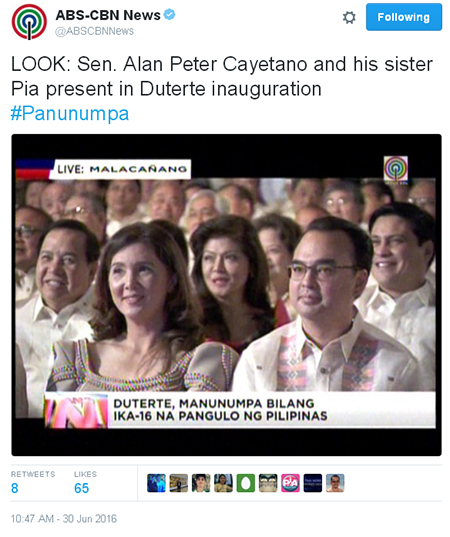 His speech included the words "echelon" and "bedevil"

Andanar did say his speech is in English. We didn't expect old English.

When he was trying to recall a favorite quote

His words to live by, "I have no friends to serve, I have no enemies to harm." By Anonymous.

When Bato did The Wiggle Wiggle...with his head

We don't know what the heck is going on here, but this is Chief Superintendent Ronald 'Bato' dela Rosa, PNP Chief. 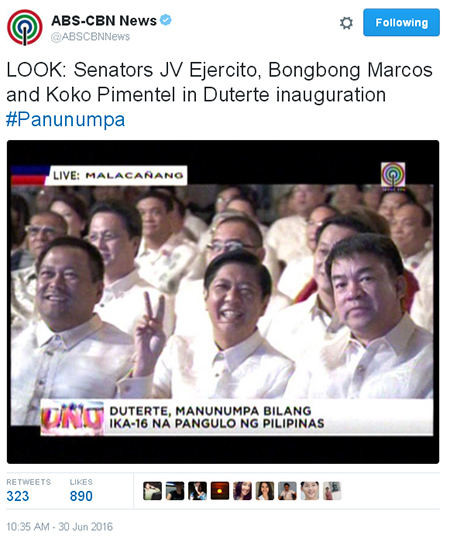 When Bongbong Marcos flashed a peace sign at the camera

He sat with his posse including Sen. JV Ejercito and Sen. Koko Pimentel.