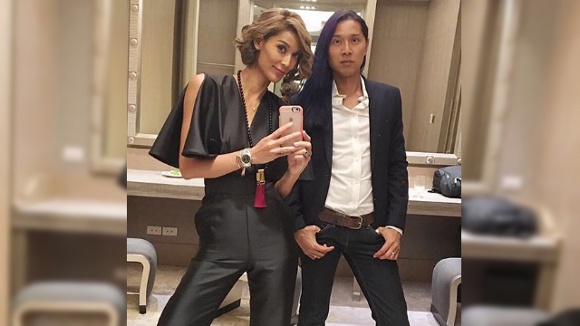 1. Angie King holds off on TV interviews after coming out

In a new Instagram post dated July 4, Angelina (formerly Ian) King requested to "hold off" on doing TV interviews after she officially came out as a transgender woman over the weekend. "I am scared of the pressure that comes along with TV media," she wrote. "I am feeling pressured since so much people are now watching me and my family so I hope we can get some privacy till everything sinks in!" She also hinted at an upcoming tell-all interview with Tim Yap in The Philippine Star.

According to Pixar president Jim Morris, the animation company will start solely developing original content in 2019. According to Morris, two untitled original films are planned for March and June of 2020, with another two are in "early development." In the meantime, Pixar is busy working on sequels for Cars, Toy Story, and The Incredibles.

4. This comedian does perfect impressions of your favorite Thrones characters

Do you miss Game of Thrones Mondays? Or do you just have the Monday blues? Either way, have a good laugh or two courtesy of this comedian from South Wales. Trust us, you need to see Scheiffer Bates' perfect Jon Snow impression.

5. British company to "breed" an army of drones?

BAE Systems, a British defense, security, and aerospace company, released a concept video of looking into the creation of small, unmanned planes through advanced chemical processes. It may look like a scene right from a sci-fi movie, but the company has a track record of turning out-of-this-world ideas into a reality.

President Rodrigo Duterte was nowhere to be seen at the first flag-raising ceremony under his administration. “This is a ceremonial process. The President is a not a person who stands on ceremony. He’s really an action person but you can expect him to show up when action is really needed,” Presidential Spokesperson Ernesto Abella explained about his absence. Executive Secretary Salvador Medialdea spoke on the president's behalf and delivered the message seeking support from everyone, especially those in the Office of the President.

In a press briefing on July 4, Philippine National Police Director Ronald "Bato" Dela Rosa said that the Anti-Illegal Drugs Group raided an uninhabited farm in Claveria, Cagayan after receiving leads from a concerned citizen. The found 180 packs of shabu, worth approximately P900 million, buried in a remote area near the seashore. The province serves as a drop-off point for drugs from nearby China and Taiwan.

8. Duterte continues to shun the media

In his first-ever press conference, Presidential Spokesperson Ernesto Abella said that Duterte might not talk to the media anytime soon. "He wants to devote his first 100 days or so to work and he doesn’t want it hampered by having to answer ‘little noises,’” he explained. This, however, doesn't mean that the president desires secrecy. (In fact, we hear he might be signing an executive order related to the FOI bill soon.)

9. On the Spot: F.H. Batacan on inspiration, influences, and creating crime-solving Jesuits

Smaller and Smaller Circles, regarded as the Philippines' first detective novel, will have a movie adaptation soon courtesy of the makers of Heneral Luna. But before seeing it on the big screen, we had a short chat with the author F.H. Batacan and how her stint in a government intelligence agency gave birth to the best-selling novel.

So it looks like you have more in common than you think with Manila's famous and fashionable! Can you guess which one of your favorite celebrities love anime and is a self-proclaimed Game of Thrones geek?

10thingsyoumighthavemissed News Showbiz Features Metro Manila News
Your Guide to Thriving in This Strange New World
Staying
In? What to watch, what to eat, and where to shop from home
OR
Heading
Out? What you need to know to stay safe when heading out