The 5-Minute Guide to the West Philippine Sea Dispute: What You Need to Know 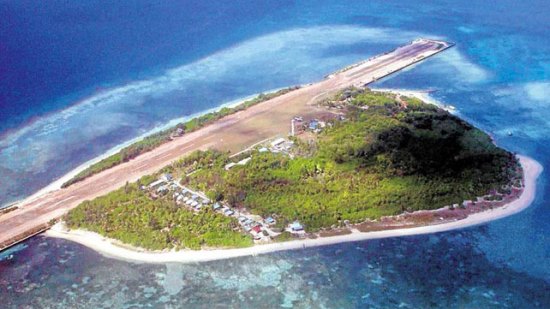 (SPOT.ph) On Tuesday, July 12, 11 a.m. (CEST) / 5 p.m. (PST), the world's oldest international arbitration tribunal dedicated to the pacific settlement of disputes—Permanent Court of Arbitration—will finally issue a written decision on whether China's going overboard or not in its territorial claims in the West Philippine Sea. We wish we could say that the decision will finally say who owns what, but the Philippines emphasized that it's "not asking the court to resolve sovereignty or delimit boundaries, but is seeking decisions on some key points." Before the day of judging, here are 10 things to know about the territory in question.

What's the dispute about, anyway?

The issue has been around for decades now and the two countries have been trying to kiss and make up through years of diplomatic negotiations. Obviously, this didn't make things any better. China took effective control of the disputed Scarborough Shoal in 2012, building forts, runways, and patrol stations in disputed reefs and shoals in January 2013 through international arbitration.

What's the difference between the South China Sea and West Philippine Sea?

An area of the South China Sea off the country’s western seaboard that is well within the Exclusive Economic Zone and continental shelf of the Philippines has been officially named the West Philippine Sea through Administrative Order No. 29 issued by President Benigno Aquino Jr. in 2012. Section 1 of the Administrative Order specifically said that the West Philippine Sea “include the Luzon Sea as well as the waters around, within and adjacent to the Kalayaan Island Group and Bajo de Masinloc, also known as Scarborough Shoal.”

When did the dispute start?

What's the territory in question?

What’s the difference between the Scarborough Shoal and the Kalayaan Island Group?

Kalayaan is part of the larger Spratlys group of features in the South China Sea. It has long been declared on paper as owned by the Philippines through Presidential Decree No. 1596 signed by former President Ferdinand E. Marcos in 1978. The area has also been constituted as a “distinct and separate municipality of the Province of Palawan.”

So, what's the beef?

What other countries are fighting over it?

China picked a fight with Vietnam in 1987 and denounced the latter's occupation of Barque Canada, one of the large reefs, as well as nine islets. In 1990, Indonesia initiated a series of workshops on “Managing Potential Conflicts in the South China Sea," in which China did not participate. In 1992, China came up with its own “Law on the Territorial Seas and their Contiguous Waters.” In 1993, concrete markers with Chinese characters were placed at the Mischief (Panganiban) Reef located about 134 nautical miles west of Palawan. China continued to stake its claim to other Philippine formations, including Recto, Bulig, and Hasa-Hasa Shoals, among others. 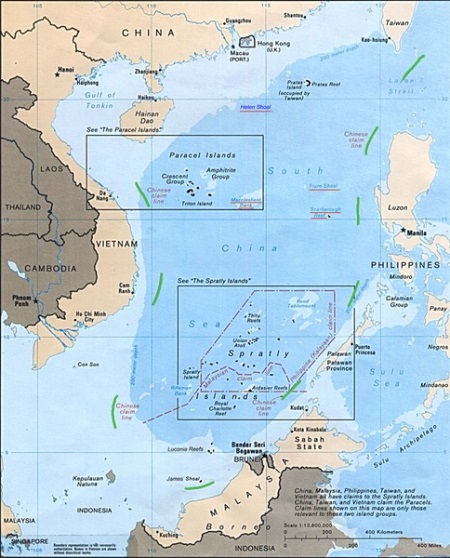 Tomorrow, judges could rule that China's "U-shaped line" or "nine-dash line" is incompatible with international law. We've yet to find out.

On January 21, 2013, the Philippines challenged several unlawful acts by China: that China has no entitlement to some areas of the West Philippine Sea that it’s been claiming; that China's self-proclaimed nine-dashed line map is bullshit (politely said, of course); and that China has been occupying submerged banks, reefs, and even rocks just to make them islands they can own.

What will happen after the tribunal decision?

Ideally, China would finally admit that its nine-dashed line map is bullshit and that their maritime claims are invalid. It would also mean that China will stop doing all "unlawful activities" on the Mischief Reef, McKennan Reef, Gaven Reef, and Subi Reef. China would also stop harassing Philippine vessels right in our own waters.

"China is bound to comply with the award. But should it refuse to do so, the tribunal has no enforcement mechanism to which it can turn," Cecily Rose, assistant law professor of Public International Law at Leiden University, told Agence France-Presse on July 10.

According to Acting Foreign Affairs Sec. Perfecto Yasay Jr., the Philippine government will first “study and dissect its implications" before making any moves.