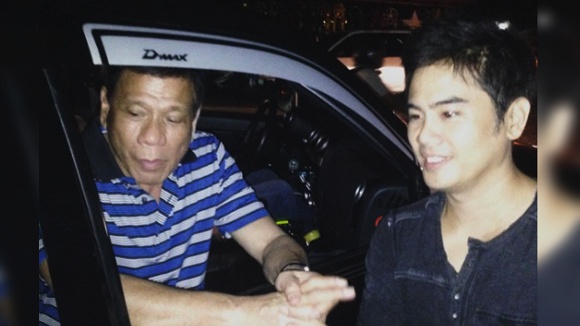 In a surprise move by the Duterte administration, Jimmy Bondoc was appointed as the vice president for entertainment in PAGCOR, which led many to express doubt over his qualifications. The singer, who is also an avid Duterte supporter, vowed to "give back" to the industry. "Guys, I may or may not be the best man for the job, but it's a done deal," he wrote on Facebook. "Watch me use this money from 'gaming' and transform it into awesome shows, livelihood for my beloved musicians and artists, into joy."

Still haven't caught up on Game of Thrones? Can't tell the difference between a Stark and a Lannister? HBO has enlisted the voice talent of Samuel L. Jackson to summarize the entirety of the show's five seasons in just seven minutes. The results? A lot of swearing and hilarious commentary.

3. This news anchor walks through weather report because of "Pokemon Go"

During a live newscast at CBS 10 News in Florida, a news anchor abruptly walked past an ongoing weather report because she was playing the now-viral video game, "Pokemon Go." The weather anchor wasn't upset, though. He simply laughed off the moment, saying, "You guys have to be careful with these phones, these Pokemon! You’re just walking around all over the place!"

4. Snapchat makes it easier for you to add celebrities

If you're a regular Snapchat user, then you probably already know that you can't just search for names on the app. You have to manually add usernames of other users in order to see their posts. Snapchat is currently rolling out a new feature that lets you add usernames of celebrities with just a tap on your screen...that is, if they are featured in the app's Official Live Stories. Only verified celebrity accounts will have the "add friend" shortcut. 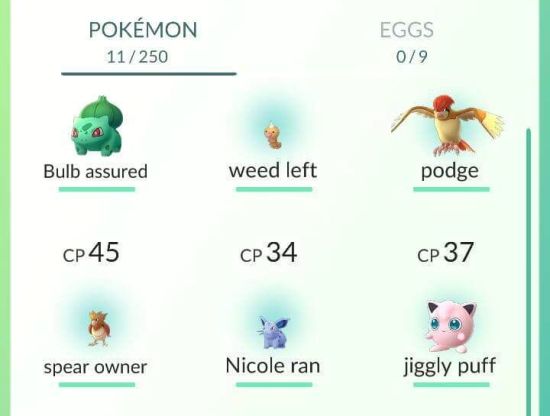 5. Autocorrect is messing up Pokemon names

7. Aquino says West Philippine Sea win is 'victory for all'

Former president Benigno S. Aquino III released a statement on July 13, a day after the Permanent Court of Arbitration in The Hague gave its ruling on the territorial dispute between the Philippines and China. He emphasized that "international law has been made clearer with this monumental decision" and it also affects other coastal states. He also said that "instead of viewing this decision as a victory of one party over another, the best way to look at this judgment is that it is a victory for all."

China rejected the international tribunal's declaration that their claim of the seas within their nine-dash demarcation line has no legal basis. Chinese ambassador to the United States Cui Tiankai said that the decision "will certainly undermine or weaken the motivation of states to engage in negotiations and consultations for solving their dispute. It will certainly intensify conflicts and even confrontation."

9. 10 Gorgeous Dark Lipsticks For Your Next Night Out

Don't be intimidated by dark lipsticks! In fact, flaunting a dramatic pucker can make you look polished in just one easy swipe. We round up 10 dark lippies that you can wear for your next night out.

We've listed down 10 Filipino installation artists that you should follow if you want to become more familiar with this type of contemporary art. Not all of them are limited to creating installations, so we're pretty sure there's always going to be something to see in your feed.

10thingsyoumissed News Showbiz Features Metro Manila News Politics
Your Guide to Thriving in This Strange New World
Staying
In? What to watch, what to eat, and where to shop from home
OR
Heading
Out? What you need to know to stay safe when heading out