Former VP Jejomar Binay isn't off the hook just yet 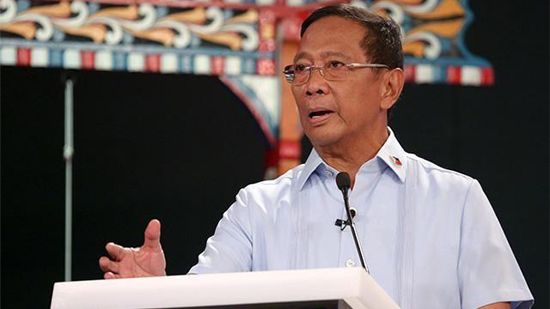 (SPOT.ph) Following his heavy loss in the May elections, it seems former vice president Jejomar Binay won’t be getting any slack. The Office of the Ombudsman has filed cases against him related to the alleged overpricing of the P2.2 billion Makati City Hall parking building.

On Thursday, July 14, the Ombudsman through its prosecutorial arm the Office of the Special Prosecutor charged Binay before the Sandiganbayan with Falsification of Public Documents and for violating the Anti-Graft and Corrupt Practices Act and the Government Procurement Reform Act, GMA News reported.

In response, Binay’s spokesman, Joey Salgado, released a strongly worded statement against the Ombudsman and the Liberal Party which they claim are behind the supposed "demolition job."

“Clearly this is a diversionary move intended to shield her (Ombudsman Conchita Carpio Morales) political patrons from public indignation,” he said. “Former VP Binay is ready to face his accusers and clear his name in a fair and impartial hearing,” he added.

Apart from these cases, Binay is also facing several plunder complaints linking him to various anomalies in Makati City that occurred during his term as the city mayor.

Binay has repeatedly denied all allegations against him, saying it was all part of a political ploy by his rivals to reduce his popularity.

Jejomar Binay Metro Manila News Office Of The Ombudsman
Your Guide to Thriving in This Strange New World
Staying
In? What to watch, what to eat, and where to shop from home
OR
Heading
Out? What you need to know to stay safe when heading out