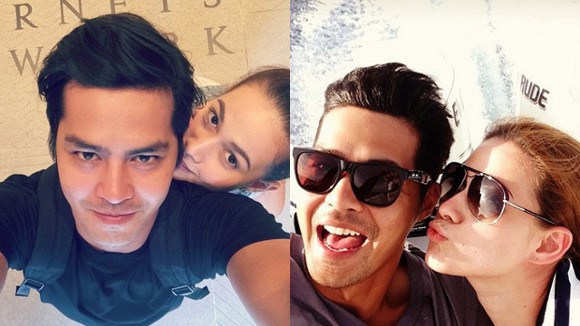 In an interview with ABS-CBN News, Bea Alonzo stressed that she and her ex, Zanjoe Marudo, still remain on good terms. "It ended well. Hindi kami nag-away. Until now ay magkaibigan pa rin kami," she said, hinting that their five-year relationship ended because of "lack of time" with each other. However, she added that she does not see herself getting back together with him anytime soon.

Real-life celebrity couple Carmina Villaroel and Zoren Legaspi have joined the cast of the upcoming series Till I Met You, starring James Reid and Nadine Lustre. They will also be joined by Angel Aquino and Pokwang, but more details about their roles have yet to be revealed. Directed by Antoinette Jadaone, the show premieres in September.

Dubbed the "worst-kept secret in Hollywood," Disney announced that Alden Ehrenreich will fill the boots of Harrison Ford's Han Solo in an upcoming standalone prequel for the character. Ehrenreich was reportedly the first actor to try out for the role, undergoing auditions for six months. Best known for his role in the Coen brothers' Hail Caesar, Ehrenreich's Han Solo film hits theaters in 2018.

4. This man quit his job to catch Pokemon

A bartender named Tom Currie in New Zealand has made headlines after he quit his job to catch Pokemon full-time. In an interview, Currie said his boss was "supportive," but his parents were "baffled" at his decision. He documents his adventures on his social media accounts and so far, he's caught 91 out of 151 Pokemon in the game.

5. Police dog does push-up for a cause

Monty, a police dog, joins his handler, Steve Hopwood, in support of the #22pushups viral challenge. It involves completing 22 push-ups a day to raise awareness for veteran suicide. Their cute video was posted on Facebook on Sunday morning, July 17.

As part of the Duterte admininistration's continuing war on drugs, the Police Community Relations Group of the Philippine National Police will be going around schools in Metro Manila to discuss the consequences of using and selling and drugs. But this is not just any other anti-drugs lecture, since they will be presenting a puppet show, skit and all, with characters Tatay Digong and Philippine National Police chief Ronald dela Rosa. 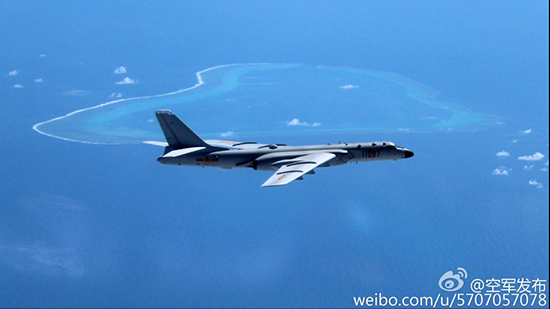 Following the decision on the West Philippine Sea, China has deployed an H-6K bomber over the disputed Scarborough Shoal, even posting a photo of it on the Twitter account of China's State Council Information Office. The H-6K can fire nuclear-armed cruise missiles aimed at locations across the Pacific including Singapore, Guam, and Japan.

8. Duterte's first SONA will be straight to the point

"I think there will be less of the drama [in the speech] and more of the policies for action that he needs from Senate and Congress because he wants them to be his partners for change,” said Presidential Communication Office Assistant Secretary Ramon Cualoping III when asked about President Rodrigo Duterte's first State of the Nation Address. Does that mean it will be devoid of flowery words, metaphors, and even quotable lines from famous people? The State of the Nation Address will take place in the afternoon of July 25.

Some of the best films out there are ones that put music front and center. From gritty fictional dramas to hilarious spoofs, we round up 10 non-musical movies about music.

10. On the Spot: Eunice Gatdula of Huhsmile on drawing with a purpose and 20-something woes

You may have already shared one or two of the digtal art pieces posted on the now-famous Facebook page Huhsmile. We talk to Eunice Gatdula, the artist behind the aaawww-inducing web comics that deals with issues far from cute.

Manila Metro Manila News 10thingsyoumissed News Showbiz Features Politics
Your Guide to Thriving in This Strange New World
Staying
In? What to watch, what to eat, and where to shop from home
OR
Heading
Out? What you need to know to stay safe when heading out