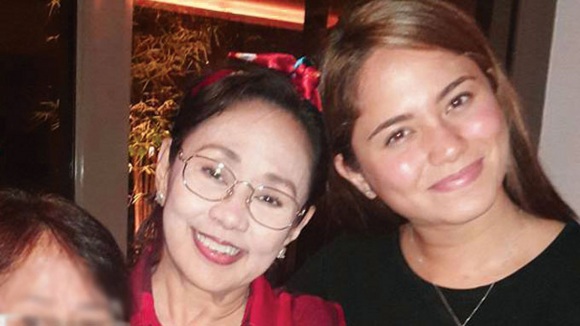 Does Jessy Mendiola have the approval of Luis Manzano's mom? Probably...if this viral photo of her and Vilma Santos is anything to go by. There's still no word when the photo was taken, and neither Mendiola nor Manzano have yet to comment. Their budding romance was the subject of controversy after Mendiola was accused of causing the breakup between Manzano and Angel Locsin. Both have denied the rumors.

Actor, director, and producer Garry Marshall has passed away at the age of 81 due to complications from pneumonia following a stroke. Marshall is best known for projects such as Happy Days, Pretty Woman, and The Princess Diaries. (The latter two films skyrocketed the careers of Julia Roberts and Anne Hathaway, respectively.)

PEOPLE magazine has confirmed that Lady Gaga and actor Taylor Kinney have ended their engagement. They were together for five years, and Kinney had proposed to her on Valentine's Day in 2015. Neither of the two detailed the reasons behind their split.

A Starbucks outlet in Bangsar, Malaysia will be the first Starbucks store globally to hire deaf baristas. The said outlet currently has 10 deaf baristas alongside three hearing staff. The coffee company reportedly worked with the Society of Interpreters for the Deaf in Malaysia to train and hire the newer baristas. 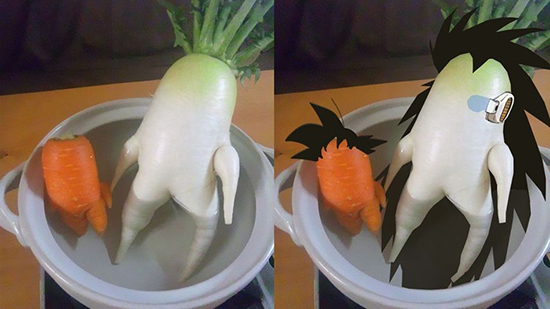 An innocent carrot and radish were the subject of Reddit's Photoshop Battles arena on July 18. In the online forum, contestants (a.k.a. people who have nothing better to do) either tried to cover up the vegetables or put designs on their literally blank faces. The upgraded versions of the carrot and radish range from a couple of blondes in bikinis to Super Saiyan characters in Dragonball.

Former President Benigno Aquino III has sent word that he would not be attending President Rodrigo Duterte's first State of the Nation Address on Monday, July 25. This was confirmed by reports in the afternoon of July 20.  He would have been seated "dito sa middle gallery, tabi-tabi, unless they would advise they would sit [in] another area. [Arroyo is] a member of Congress. Yes, mapapagitnaan siya ni Erap at P-Noy then FVR,” said House of Representatives Deputy Secretary General Artemio Adasa Jr., had the former president confirmed his attendance.

7. GMA under probe for another plunder case

Ombudsman Conchita Carpio-Morales confirmed in a press briefing on July 20 that former President Gloria Macapagal-Arroyo is currently being investigated for another plunder complaint. This is still in connection with the alleged misuse of intelligence funds of the Philippine Charity Sweepstakes Office during her term as president. Laurence Arroyo, Arroyo's lawyer, said they received a copy of the complaint on June 3 but still has until June 28 to file a counter-affidavit.

Three hundred twenty members of the Special Action Force (a.k.a. police elite) are now in charge of security in the New Bilibid Prison in Muntinlupa. They arrived on Wednesday, July 20, and attended a turnover ceremony led by Justice Secretary Vitaliano Aguirre II and Philippine National Police Director General Ronald “Bato” Dela Rosa. The Special Action Force troopers will take over for three months while the 200 prison employees undergo training.

9. 10 Hugot Lines for Your Commuting Feels

Commuting takes skill, endurance, and a truckload of patience. It's almost like dealing with relationships, only there are no happy memories. We round up 10 hugot lines for the tired commuter in you.

Cinemalaya has steadily been churning out must-watch Filipino independent films since 2005. To gear up for this year's festival, we round up 10 memorable entries that you can watch from the comforts of your couch.

Metro Manila News Manila Miss World Philippines 2018 Features Showbiz News 10thingsyoumissed
Your Guide to Thriving in This Strange New World
Staying
In? What to watch, what to eat, and where to shop from home
OR
Heading
Out? What you need to know to stay safe when heading out