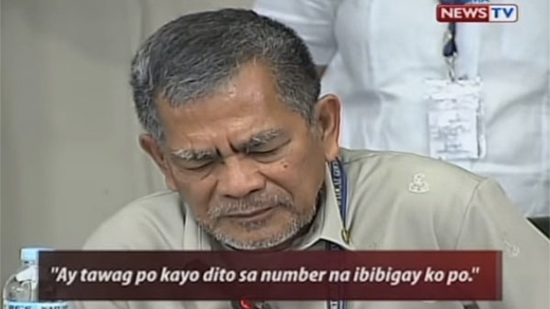 (SPOT.ph) At some point in your life you have probably fallen victim to the runaround, which mostly happens when you call government agencies for inquiries and other important matters. On Thursday, July 21, even Department of Interior and Local Government Secretary Mike Sueno was not spared from the unfortunate experience during a live testing of the 911 emergency hotline with the media.

The operator connected Sueno to the Baler Police Station 2 where he was supposed to request for a mock police rescue but was instead given the runaround, GMA News reported.

Embarrassed and irritated, the operator told the desk officer that it was the Interior Secretary who was asking for assistance at the National Telecommunications Commission.

Two police officers responded after 10 minutes. This was followed by another two officers who went to the National Power Corporation instead of the NTC in an apparent miscommunication.

All responders were late based on Davao City’s expected response time of a maximum of five minutes which left Sueno unhappy.

Dilg Metro Manila News Mike Sueno
Your Guide to Thriving in This Strange New World
Staying
In? What to watch, what to eat, and where to shop from home
OR
Heading
Out? What you need to know to stay safe when heading out